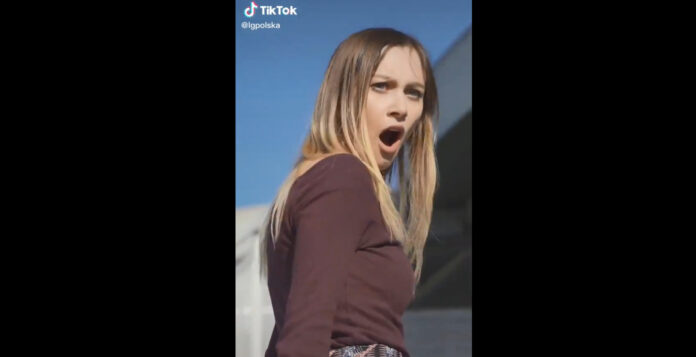 A sharing from LG Poland’s TikTok account met with a huge reaction from consumers. The subject of the sharing for the company’s new smartphone V60 ThinQ 5G probably did not reflect the message LG wanted to deliver, but the responses to the message were more than justified.

In one of the news we shared with you for about a month, we mentioned the sexist joke made by a Xiaomi manager, which was not welcomed at all. Now a similar sexist approach took place on the LG front.

LG, who seems to have not learned from the reaction of the Xiaomi manager in response to the sexist joke, shared a “nonsense” promotional video for his new smartphone V60 ThinQ 5G. Sharing from LG Poland’s TikTok account has met with a big reaction from consumers.

In the video shared from LG Poland’s TikTok account, an old man tries to take a photo from behind a skirted woman up the ladder. At that moment the young woman turns around and sees the old man’s action. In many parts of the world, the woman who took action on this incident, where the criminal procedure was applied due to harassment, is looking at the man’s phone, but not the photos of himself, but the old man’s selfies and turning around. As the man checks the photos he takes, he shows that he took the photos of the woman before his own photos and makes a hand gesture in the sense of ‘this is it’.

It is not known why he chose such a scene in the promotional video for LG V60 ThinQ 5G. If the company wants to state that women are very likely to misunderstand, it may have definitely taken the wrong path. Moreover, why would a tech company want to deliver such a message? Or LG thinks the phone is very suitable for harassing perverts? It is really hard to make sense of the video.

The company apologizes but could not get rid of the criticism arrows
A statement came from LG headquarters about this interesting incident. In the statements made by LG Electronics officials, it was stated that the social media content prepared by LG Poland was not followed by the upper authorities and therefore such an incident occurred unannounced by LG. Stating that he apologized to all consumers on the subject, the company announced that the video in question was deleted immediately.

The statements made by LG Electronics did not satisfy the consumers. Because, whatever happens to people, this video was prepared by someone and it was approved by someone and shared from LG Poland’s TikTok account.