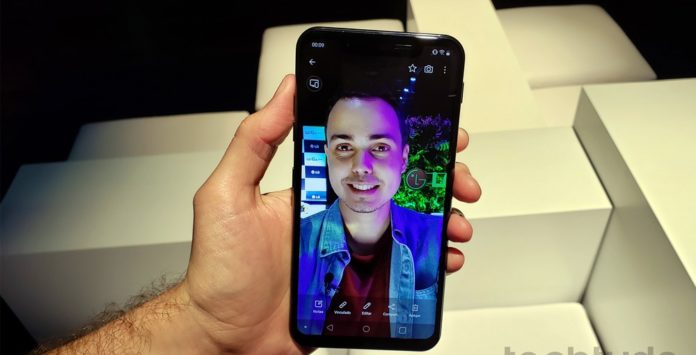 South Korean giant LG may withdraw from the G line of cell phones, normally associated with more powerful models. The information came from South Korean sources on the Naver portal, which would mean that an eventual LG G9 ThinQ would not reach the market to replace the current LG G8 ThinQ. The rumors also show that, despite the likely abandonment of the name, LG should continue to bet on the concept of a cell phone with two screens, as presented in the LG G8X ThinQ.

If the end of the G line is confirmed, the manufacturer would bet on the V series of cell phones, generally seen as a secondary option for premium products.

The information raised by the Korean publication comes after another internal leak from LG that, a few weeks ago, said that the LG G9 could be launched as an intermediary device.

The publication also says that LG intends to bet on a type of flagship (advanced cell phone) with support for the 5G more accessible to fill a market gap. The company’s plans include processor options such as the Snapdragon 765G and a dual-screen design, in line with what the LG G8X ThinQ offers.

The successor of the series to be retired could appear with a different nomenclature. In addition, it is speculated the creation of a parallel brand, something similar to what the Chinese conglomerate Xiaomi does with the company Redmi, for example.

Another piece of information that was conveyed by the South Korean portal is that LG would be interested in enjoying the same reception that reinterpretations such as Motorola’s Razr present on the market. The smartphone refers to the iconic V3. In the case of LG, the idea would be to revisit the Chocolate line, which was successful in 2005 with sliding appliances with a more stripped design.

If the G line is even closed, LG starts offering only V series phones as an alternative to the top of the line.