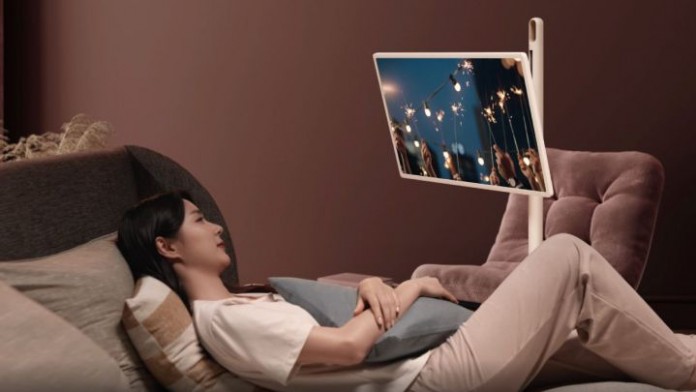 LG: They can be LED, QLED, OLED, flat, curved, 4K, 8K, retro cathode tube. Even the flexible screen television already exists that is capable of being rolled up and stored until you want to use it. But if absolutely all TVs have had something in common, it has always been the electrical or power cable, since they need to be plugged into an outlet to work. Or, at least, they needed it.

If we have autonomous smartphones and autonomous tablets, why not an autonomous TV? That is the concept behind the LG StanbyME, the new project of the Korean brand LG and specialist in TV screens – its models with pure blacks and minimal lag are in high demand for gaming.

LG Electronics has announced that it will present at the next CES 2022, the first great technological event that takes place every year in January in Las Vegas, USA, the ‘smart TV’ StanbyME, a television with independent battery and without cables, with touch control and gesture recognition, which will belong to its new line of LifeStyle televisions, which will also include its LG Objet TV model.

The LG StanbyME television implements a 27-inch screen with a mobile platform with wheels and a rear panel covered with a beige cloth, and offers a range of up to 3 hours of viewing. Due to the support it is made of, the TV can be rotated, tilted and rotated both vertically and horizontally.

LG StanbyME can be connected wirelessly to other Android and iOS devices and NFC using the Mobile Screen Mirroring application. It also has an HDMI and USB connection and can be operated with a remote, touch or gesture recognition control. Although its purpose is to be used as a television, the device can display photographs, pictures or the clock when it is not being used for that purpose.

When will we see this model on sale? That is a question that we will see answered in a month, when the CES is held in which we will surely also know the price of the television, which given the technology it mounts will not be cheap. LG undoubtedly wants to score a bit and get ahead of its competition with a TV model with its own autonomy that could be a real ‘game changer’ in the television sector.