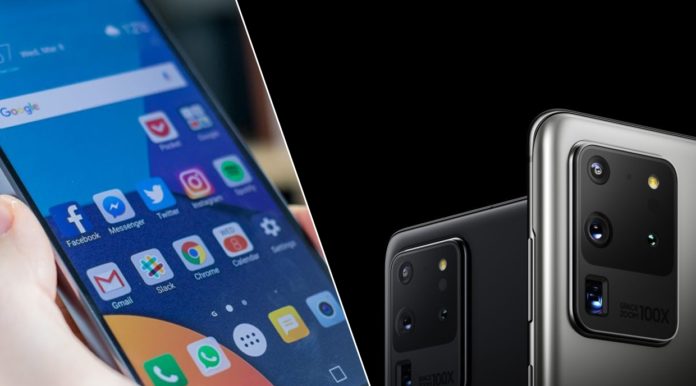 With the LG G series, the Flagship did not achieve the desired success in the phone market. However, considering a leak in the company, LG is preparing to launch the mid-range smartphone in Galaxy S20 features.

It was said that the company, which had previously decided to end the G series, will return with LG Chocolate last week. However, it is not yet clear whether the next new series will be Chocolate.

In preparation for the affordable Galaxy S20 instead of the LG G series?
According to the LG official leaked, the company will introduce a new smartphone in May. The official did not accept the date of May 15, which was on the backstage.

Here, LG seems to be entering a new path. Because the company is not planning a new Flagship instead of the G series.

LG seems to have developed a 5G smartphone that can hold on to the Samsung Galaxy S20, but with more affordable but similar capabilities.

Here LG is seeking to return to the market with a more affordable but more capable smartphone. A bigger screen, a better camera and a better battery capacity will be the key features of this new LG smartphone.

Qualcomm’s Snapdragon 765 or 765G series processor is expected to be used even though the details of the phone are not clear at the moment.

These processors, which come with the integrated 5G Modem, are high performance processors produced by Samsung’s 7 nm EUV fabrication process and produced by the Snapdragon processor family for mid-top smartphones.

Instead of the LG G series, it seems to have winked back to the middle-upper segment, where it used to be its biggest player.

So what do you think, can this new smartphone family developed after LG G series be successful? We are waiting your comments.

The shock of TikTok being banned for the second time!