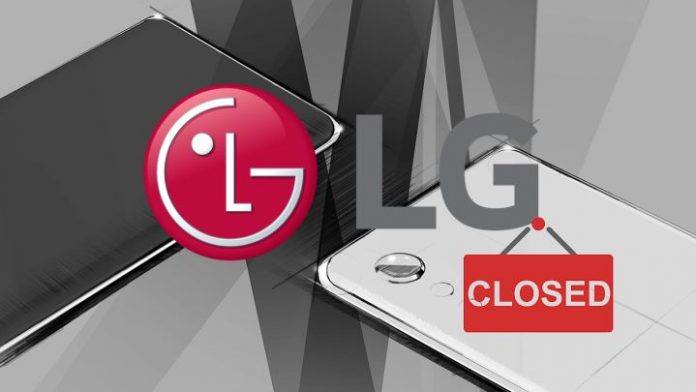 Every year it launches new models, and in fact it dares with the new trend, mobile phones with a flexible or ‘roll-up’ screen. Even 5 years ago he tried to lead a new concept of modular smartphones with his LG G5, a mobile with ‘LEGO’ type parts that you could change, remove or improve by placing or adding parts. In addition to ‘rarities’ such as the recent LG Wing, one of the most curious and strange mobiles that have been made.

But it seems that none of that has worked for LG in its mobile division, which has announced that it is officially closing: LG will no longer make smartphones, at least for now.

Losses in the LG mobile division

According to the market research company Counterpoint Research, LG was the ninth largest smartphone seller in the world, with a market share of 2%, after selling 24.7 million smartphones last year, 13% less than the year previous. According to the Korea Herald, a couple of weeks ago, LG’s mobile business “has been in the red since the second quarter of 2015. Its accumulated operating losses reached almost 5 trillion won (3.693 million euros) last year. ”.

Citing “industry sources,” the media also echoed the wave of rumors that the South Korean tech giant could close its mobile division, rather than sell it. Last January, LG announced that its mobile communications division was open to “all possibilities” for its future operations after years of poor results.

Analysts predicted in late March that LG will shut down or sell its mobile business, or at least downsize it. To quote an official from the mobile phone industry on condition of anonymity: “LG has reportedly had discussions with other companies about the sale of the division, but it appears that negotiations have not progressed much. It appears that the sale of its entire mobile business seems difficult at the moment, as does the partial sale of the division. ”

But what two weeks ago were rumors, financial ‘Big Data’ analysis and conjectures has become reality, since today Monday, right in the ‘hangover’ of Easter, LG has made it official, announcing that it is close its mobile division in an “incredibly competitive” sector:

In the brief press release, the Korean company did not want to go into details, instead choosing to communicate what will happen after making a decision that “has been approved today by its board of directors.” The “strategic” decision LG’s decision to “exit the incredibly competitive mobile phone industry” will allow the company to focus its resources on growth areas such as

What if I have an LG mobile? Is it still safe?

This decision of course involves not only future projects, but also the entire installed base of LG smartphones and their users around the world. What will happen to them? What do I do if I have an LG mobile? Is it still safe to use? Officially LG will provide “service support and software updates for customers of existing mobile products for a period of time that will vary by region.

LG will work in collaboration with vendors and business partners during the closing of the mobile phone business. Details related to employment will be determined locally. ”

The date for the end of the activity will be in the middle of summer, since “the liquidation of the mobile telephony business is expected to conclude on July 31, although the inventory of some existing models may continue to be available after that date”. which means that there will still be stock of LG mobiles for sale once the division closure has been completed.

LG would have been negotiating with Vietnam’s Vingroup and Germany’s Volkswagen, but failed to make notable progress, according to industry observers. But we know that LG has several projects on smartphones underway. Does this mean that we will not see neither the “Rainbow” mobile or the flexible “Rollable”?

These appear to be “supposedly discontinued at this time.” Analysts and industry experts agree that workers in LG’s mobile division are likely to be transferred to other units in the company, such as the vehicle component solutions division, where LG is trying to beef up its size for growth. future.

The company has already said that it is looking for ways to “internalize” and use its core mobile technology to create synergies with its other businesses as we have seen. In short, it is about the end of an era, since although it was not currently the same in a sector that is pure competition and massification, LG was a brand that in its day was the third largest mobile phone manufacturer in the world.

“Gold will fly, Bitcoin will crash”

Neymar accused of rape: He faces a second complaint in France