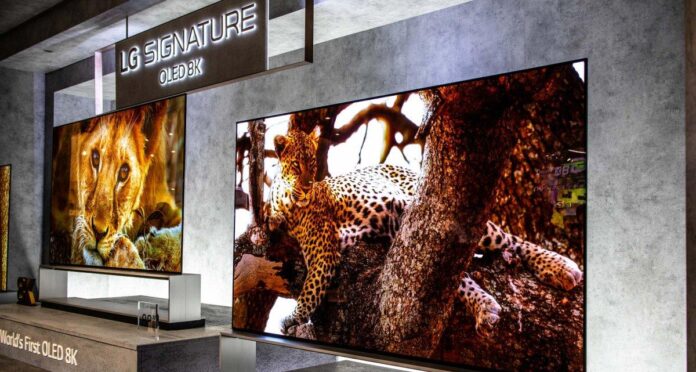 LG has announced one of the largest and most expensive televisions ever produced. The new TV with 8K resolution, which is part of LG’s Signature series, has a screen size of 88 inches.

Television producers are slowly starting to appear on the market with 8K televisions to outperform their rivals in high definition television competition. However, LG seems to have taken the competition to another level by introducing the world’s largest OLED TV.

LG has announced that it has added a new member to the Singature ZX series. LG’s new OLED TV has 8K resolution. The TV, which is already remarkable with its resolution, has a huge size like 88 inches on top.

LG’s 8K OLED televisions have 4 times the pixel density of 4K displays
The South Korean tech giant says the new OLED TV will deliver a sharper picture because its pixel density is 4 times higher than most 4K displays. This peak density of 8K television also causes the television to have an exorbitant price. However, it is hard to predict what this sharpness will do in the short term, as there is currently no remarkable 8K content library.

8K televisions of LG, which will be in the flagship television class, will be presented to users with 60W speakers to provide a better sound experience. 8K televisions also support the LG ThinQ voice assistant.

The LG 88 inch 8K OLED TV model has Gen 3 AI processor technology as well as HDMI 2.1 inputs that allow 8K output up to 120 fps. The special processor of the television also reduces the overall noise and improves the picture quality.