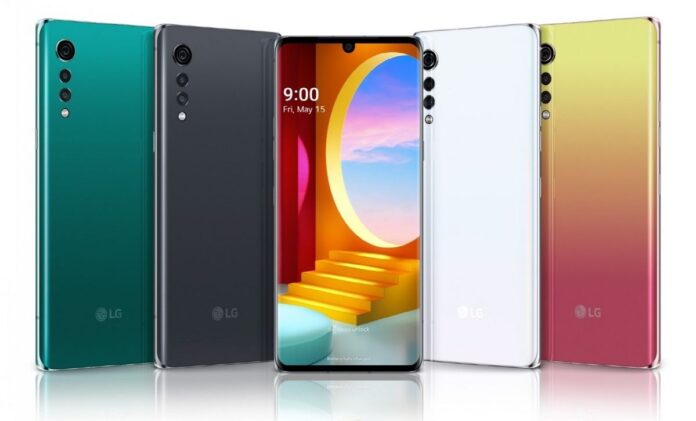 LG has officially announced Velvet, its new middle-class smartphone that has been spoken for a while. The phone, announced in South Korea, has many features in the mid-segment phones of recent times; excluding price.

The smartphone industry has been talking to South Korean technology giant LG for a while. Because, the company revealed that it was working on a phone called Velvet first. He later announced that he would announce this phone as of May 7, today. Now the expected has come true and LG has officially announced its new middle-class phone, Velvet, at an event in South Korea.

LG’s mid-segment new phone seems to attract consumers with design details rather than its technical specifications. The device has a 6.8-inch size POLED (a plastic substrate with OLED) display and is likely to impress consumers with both colors and solid posture. In addition, this phone offers dust and water resistance with its IP68 certification and shock resistance with 810G, a military standard.

Introducing LG Velvet
LG Velvet’s 6.8-inch display offers FHD + resolution and features a drop notch. LG has added a front camera with 16 MP resolution to this notch. This phone also has stylus pen support. Thus, consumers will be able to draw and take notes on Velvet with a touch screen pen they will provide. LG preloads a note-taking app called “Nebo” to use this feature.

When we look at the back of LG Velvet, the triple camera setup welcomes us. This setup includes the main camera, which offers 48 MP resolution, 8 MP wide angle camera and 5 MP resolution depth sensor.

LG Velvet will appeal to ASMR fans the most
Velvet, LG’s new mid-level smartphone announced as of today, comes with various camera modes. Among these modes is the ASMR recording mode, which is one of the trends of the past periods. In ASMR mode, the phone’s microphone sensitivity is maximized, trying to deliver the true ASMR experience. Thanks to this mode, consumers will be able to create ASMR videos using Velvet. In addition, Velvet has a fixed camera mode with artificial intelligence support. This mode minimizes the vibration of the phone.

LG Velvet is powered by Snapdragon 765G, which offers 5G connectivity support. Supporting this power with 8 GB of RAM, LG uses 128 GB of storage in its new phone. The phone, which operates with the Android 10 operating system, seems to offer a consumable time with its 4,300 mAh battery. With all these features, we can say that Velvet is a good mid-segment phone.

LG Velvet price
Velvet, the mid-segment new phone of South Korean technology giant LG with all these features, will be presented to South Korean consumers on May 15. The price of the device is set at $ 734 for South Korea. We will wait and see what interest will be on the device, which has a price higher than the iPhone 11.

Bored! Sommer Ray puts on that trap and imagines what can...

TAEHYUNG IS YEARS OLD AND SO FANS