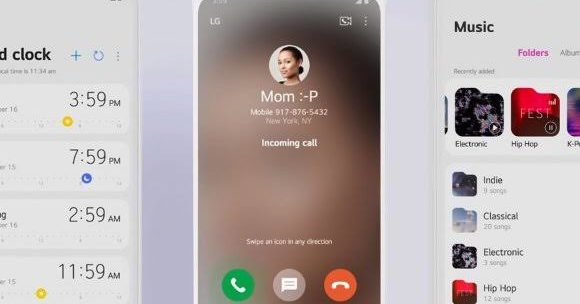 LG wants to change the smartphone experience, announced the new interface. Called “UX 9.0”, this interface offers consumers a lot of improvements, including dark mode. It is currently unknown when the interface will be offered.

LG, a South Korean technology giant, cannot survive in the smartphone industry. The company has not been able to capture the interest it wants with the smart phones it has recently launched, but it seems that it wants to change this trend. Because LG’s latest interface has an overall look similar to Samsung’s One UI interface and changes the overall look. This interface, called “UX 9.0”, will meet consumers after a while.

According to LG’s announcement, this interface will revive the company’s latest flagship, the LG G8X ThinQ. In fact, this is the right approach because UX 9.0 is preparing to offer a new phone experience. The explanations show that the new interface changes almost every menu of the phone.

According to LG, the new interface will almost completely change the “Album”, “Clock”, “Music”, “Messages” and “Search” menu of LG phones. With the release of this update, users will also have a dark mode that includes the entire system. It seems that LG is preparing to offer its users an Android experience from scratch.

A closer look at the overall changes to the UX 9.0 clearly shows that the company is influenced by Samsung’s interface, the One UI. As a matter of fact, this is not strange because the user interface of Samsung is appreciated in terms of both the ease of use and the possibilities. Therefore, it is not so wrong for LG to adopt such an attitude.

LG has announced that a new interface is on the way. However, LG has not yet announced when this interface will meet users and which models will receive the UX 9.0 update. However, given the main purpose of LG in this interface update, we can say that the company will offer this update for most current devices.