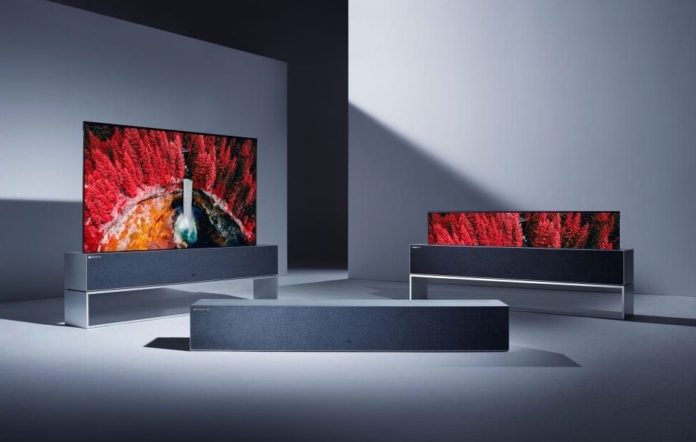 LG has been having a hard time on the smartphone side in the recent years and continues to show its strength on the home technologies side. CES 2020, the company will announce the displays announced.

LG, the South Korean technology company, managed to impress the participants with its folding OLED TV R model at CES (Consumer Electronics Fair) last year. The company announced on Thursday that it will introduce new OLED displays at CES, which will be held this year.

LG and CES 2020
Among the screens announced by the company, the new generation OLEDs were designed to cover the walls of aircraft. According to LG, the new OLEDs will insanlar make people feel wider in the tight spaces of closed cabins ”

In addition, the South Korean technology company announced the new 55-inch Full HD Transparent OLED display, which says it will have 40% transparency. The company said these screens can be used as a partition in cabinets. Another product is the 65-inch Ultra HD Bendable OLED display that can be bent on both sides. There is also a 13.3 inch Plastic OLED tablet. Company; will be shown in the use of plastic, transparent and foldable OLEDs in cars and offices.

Looking at the home technologies, LG has made new updates to its ultra-thin “wallpaper” OLEDs. The company will release its new 88-inch 8K Cinematic Sound OLED display with 11.2-channel sound system support. In addition, the company announced a 65-inch UHD Roll-Down OLED display. This screen can fold down like a projector screen. Another screen the company will show at the fair will be the 48-inch OLED TV.

These were the displays that the South Korean company will present at the Consumer Electronics Show. However, it is not yet known which of these products will be commercially available. Much more detailed information about this subject can be explained at the fair.