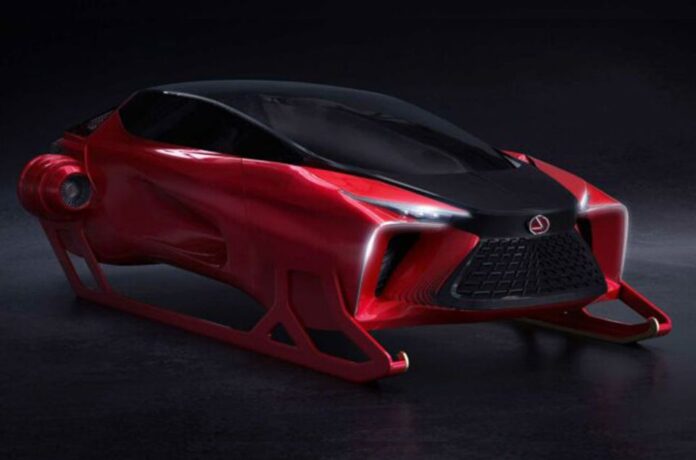 Lexus has unveiled a very special sleigh dubbed the HX Sleigh Concept, with a number of technical advances and an unconventional look.

On the eve of Christmas, Santa Claus, Saint Nicholas or Santa Claus, you can distribute the corresponding gifts on board the Lexus HX Sleigh Concept.

With this futuristic sled, the man dressed in red and white will allow himself greater comfort with various elements at his disposal.

From the 25-inch screen that allows monitoring of air traffic as well as a premium Mark Levinson sound system to enjoy Christmas music.

As if that were not enough, the Lexus HX Sleigh Concept adds a climate control mechanism on the seats directed to the neck.

Meanwhile, from the outside it is shown with well-sharpened lines and thin optical groups. The front also adds the classic Lexus grilling and the logo that identifies the luxury house of Toyota.

In addition, it adds a covered cabin in the style of a futuristic ship and the extensive skis for takeoffs and landings.

On the sides it includes two turbines to propel itself and thus put aside the classic sleigh pushed by reindeer.

Already behind, the Lexus HX Sleigh Concept has a trunk with unlimited cargo for gifts. It also offers the automatic boot opening and closing system using the foot.

Modern, fast and with premium equipment, the Lexus HX Sleigh Concept can now be used to give the reindeer their well-deserved rest.

Deal to be discussed: France shook hands with WhatsApp