Home Entertainment Lewis Capaldi Has Overtaken Ed Sheeran With The Most Listened-to Song in... 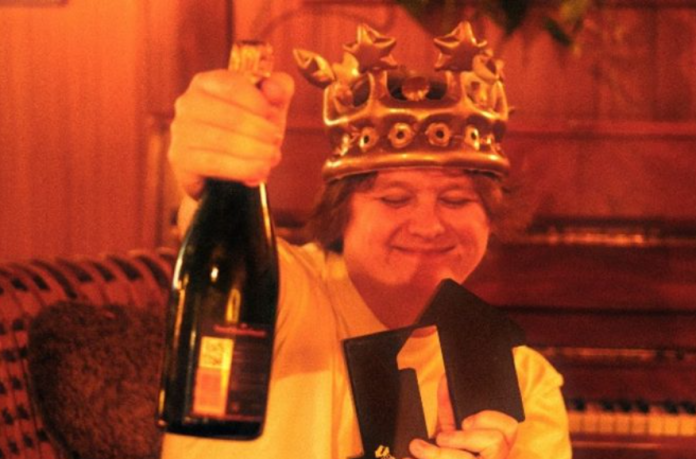 Lewis Capaldi’s 2018 song “Someone You Loved” surpassed Ed Sheeran as the most listened-to song in the UK of all time.

According to Official Charts, the Scottish singer-songwriter has become the new “king of streaming”, overtaking Sheeran’s “Shape Of You”.

“I am the king of streaming! In the United Kingdom! It is to this song! I feel huge, I feel massive, I feel my loins expanding as I become more and more aware of the reality of my coronation as the king of music. Thank you,” Capaldi said on the official chart. “A very big reward that I will carry for the rest of my life or until Ed Sheeran releases his next album…”

He added: “Listen up… The Beatles, Drake, Metallica, The Eagles, Michael Jackson, don’t worry guys, no hard feelings, I just had to take this one. Take a step back and let Dad steer the ship, okay?

Joking that he had overtaken his friend and musical colleague, the singer continued: “Ed is a man who is like a brother to me, he was a mentor, he hugged me and said, don’t worry, everything will be fine. He gave us the honor to support him at the final concerts of the Divide tour, he was just kind, sweet and beautiful, a good friend in an ever-changing industry. So I say to Ed, “EAT MY SHIT”! That’s what happens… the good guys finish last. You’re procrastinating, you’re losing, baby. Keep up!”

Sheeran is considered the co-author of Capaldi’s upcoming second album “Broken By Desire To Be Heavenly Sent”, which is due to be released in May 2023. Although the singer recently explained why he changed the lyrics written by Sheeran.

The news comes at a time when The Official Singles Chart is celebrating its 70th anniversary with a new statistical survey over the past seven decades.

On Friday, November 14, 1952, the very first British singles chart was published in NME, the result of a survey of 20 music stores by former advertising manager Percy Deakins.

A new study found that “Someone You Loved” had 562 million views.

He also concluded that 179 singles reached 1 million sales, the biggest of which was Elton John’s “Something About The Way You Look Tonight”/”Candle In The Wind” in 1997 with sales of 4.94 million.

The last single to win this award was Taylor Swift’s track “Shake It Off”, which became the first single to exceed 1 million sales in the UK.

In addition, it was revealed that 1,404 singles reached the official number one spot, and Swift’s “Anti-Hero” reached the top of the charts at the end of last month.

“This new survey shows how much listening and buying music on the Official Singles Chart has been observed over the past eight decades — and how much music the British public has enjoyed during that time,” said Martin Talbot, executive director of the Official Charts Company.

“The official singles chart was born just a few months after Queen Elizabeth took the throne, on the fourth birthday of the then Prince Charles (now King Charles III). Since then, from the era before rock and roll to the present day, there is hardly a facet of life that has not changed, and the Official Singles Chart has been there to chronicle it all.”

La Casa de Papel is Dethroned as the Most Watched Series...

Forspoken Reappears In A New Trailer After Its Delay