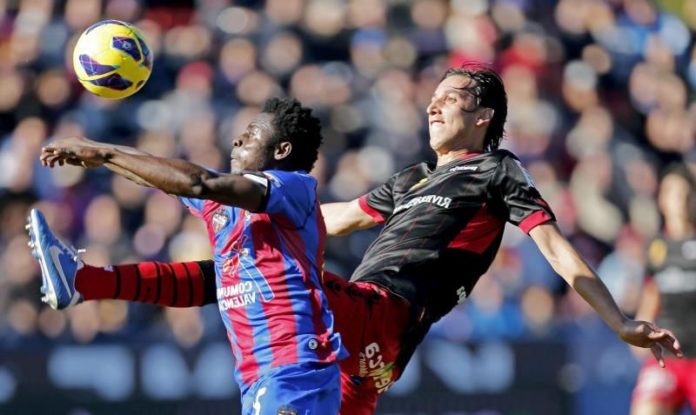 El Levante will receive Mallorca on Friday, which he thrashed in his last First Division visit to the Ciutat de Valencia now seven years ago in a meeting that was played in the first round of the 2012-2013 campaign.

On that occasion, the team that then led Juan Ignacio Martinez won 4-0 in a clash in which the Valencian team scored all their goals in less than fifteen minutes, with both at the end of the first half and three at the beginning of the second.

Obafemi Martins opened the scoring in the 43, David Navarro extended with a header the local income in the 48, just after returning from the break, Ruben García sentenced the crash in the 54th minute and three minutes later Vicente Iborra closed the scoring to the team before the team that then directed Joaquín Caparros.

That was the sixth visit of the Balearic team to Levante in Primera and it was the second victory of the locals, who had only won in the first of those matches.

The other four clashes were resolved with a visitor win in the second and three draws in a row in the following. Levante accumulates nine goals in these matches and Mallorca, four.