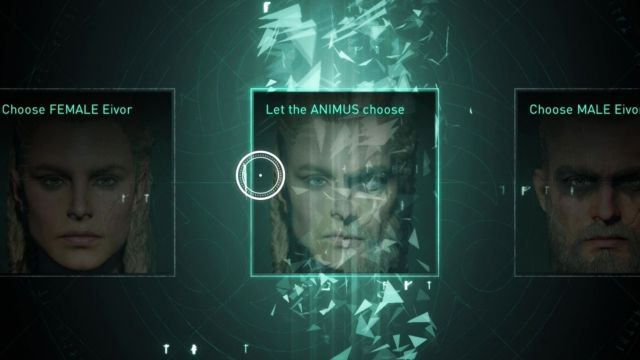 According to the producer of the video game, it is what best fits the lore of the saga, since it answers some important questions.

The new installment of the Ubisoft assassin saga lets you play as Eivor male or female. In Assassin’s Creed Valhalla there are no two protagonists like in Odyssey, since the game allows you to choose the genre at the beginning of the game, although it can be changed at any time. Another option is to allow the Animus (the fictional device that in the game gives us the option of traveling to past times) to do it for us. In that case, sometimes we will play with the female version and sometimes with the male version. In an interview with GameInformer, producer Julien Laferrière has defended that this is the option that best fits the lore of the game.

“For me it is the perfect choice for gamers who are interested in the lore of the game,” says the developer. According to his words, it is also related to a very specific issue. “Who is Eivor really?” Laferrière has clarified that they have made sure this does not feel random, sometimes male, sometimes female. “It’s not intended exclusively for lore-obsessed users.” According to the producer, anyone who wants to “experience” the game the way the developers intended it should select this option. Still, if you choose to play the entire game with either one of them “it’s fine” just the same, he says.

In the same interview, Julien Laferrière mentioned that the main pillars of the adventure have been practically maintained from pre-production until the release of the final version. However, one of the elements disappeared completely. Early in development, the creatives at Ubisoft wanted to preserve the naval battles from other installments, but soon found that it didn’t quite fit the Viking modus vivendi. Upon documentation, they found that this town did not use to fight in this way, so they decided to dispense with the characteristic.

6 video editors you should give a chance in 2021