Home Entertainment “Let’s see what he has to bring” — Michelle Yeoh From The... 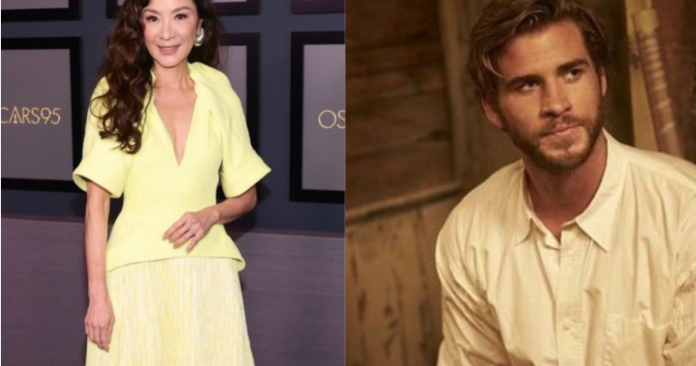 Replacing Henry Cavill is not an easy task. The actor was a king in fantasy roles, brandishing a sword or flying away in his cloak. He got the role of Geralt of Rivia in the Netflix fantasy series The Witcher. It has undoubtedly become one of the most watched series on the platform.

Despite the fact that the series was so successful, the actor decided to leave it, which led to speculation that he was leaving to work on Man of Steel 2, or because the series did not match the original book source. Now he will be replaced by Liam Hemsworth, whom fans do not like and whom the creators and colleagues on the set warmly welcome. Similarly, “The Witcher: The Origin of Blood” actress Michelle Yeoh seems hopeful, but skeptical about the changes.

It wasn’t easy for fans to say goodbye to Henry Cavill from Netflix’s The Witcher. But the actors will also adapt to the changes. The actress spoke to E! Recent news about the announcement of Liam Hemsworth for the lead role. To which she replied: “I think Henry has done an amazing job. Let’s see what Liam has to bring, right? That’s it.”

Yeo plays the role of Skian in the series “The Witcher: The Origin of Blood”, which takes place before the period of the character Cavill. The actress will play the main role in this prequel.

So far, the news that Liam Hemsworth will replace Cavill in The Witcher has not been approved. The inevitable comparison between the two led to criticism of the “Hunger Games” actor as soon as his casting was announced. While replacing Cavill may not be easy, some hopeful fans also want to give Hemsworth a chance.

Hemsworth will take over the role in season 4 of the series. The third season is due to be released in the summer of 2023, and Cavill will still be in the lead. According to reports, the Australian actor has already started reading books by Andrzej Sapkowski to prepare for the role.

Do you think he will be able to successfully replace Henry Cavill? Let us know your thoughts in the comments.

Far Cry: Ubisoft Offers Discounts Of Up To 90% On Games...