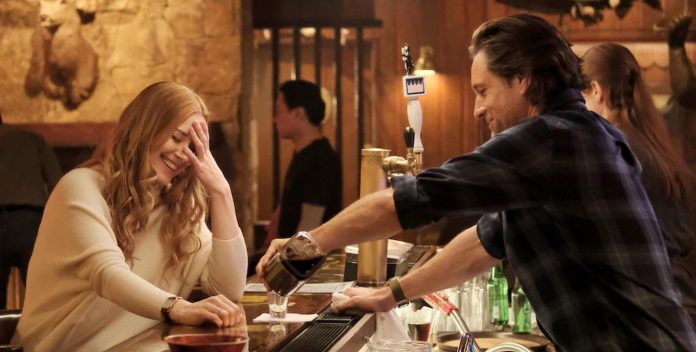 After on Virgin River, Melinda Monroe (Alexandra Breckenridge) confessed her love to Jack Sheridan (Martin Henderson), fans wonder if they could eventually get married.

Virgin River’s hiatus has given viewers another opportunity to delve into Robyn Carr’s epic series of romance novels, on which the television adaptation is largely based.

With new episodes not expected to hit screens until much later in 2021, fans have been busy speculating what’s next for Jack Sheridan and Melinda Monroe (Alexandra Breckenridge).

A happy wedding would certainly tie the Virgin River series very well, but, with no sign of a fourth season for Netflix at the moment but it’s unclear when exactly this could happen.

While it’s unclear exactly how the novels’ story will adapt as Netflix’s Virgin River series progresses, the scope of the original material ensures that there is plenty of content to check out as the series continues.

Of course, the ringing of wedding bells ranks high on most fans’ wish lists for the season, but several factors could prevent this from becoming a reality.

Unfortunately, Jack’s recovery from a mysterious gunshot wound could halt any impending wedding plans in the upcoming season. In the latest installment, there is still a debate as to whether Jack Sheridan (Martin Henderson) could be the father.

Jack and Mel have already become an iconic television couple during Virgin River’s first two seasons, but the latest twists and turns could prevent them from closing the deal with a proposal.

Cardi B deceived by Offset? She takes stock of the rumor!