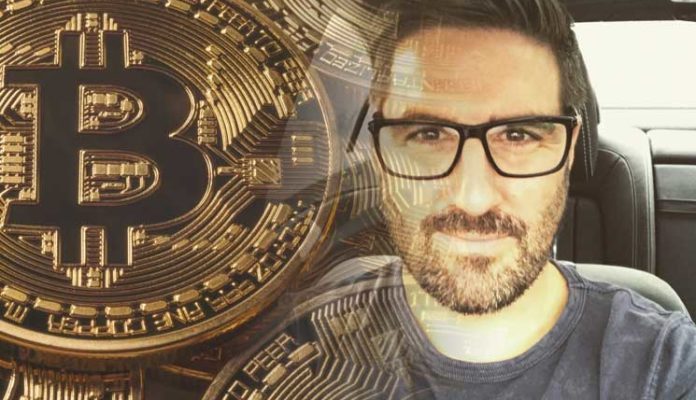 Cryptocurrency content producer Peter McCormack shared with the Twitter world how he lost the money he earned with his Bitcoin and altcoin investment. Explaining how he made $ 32,000 to $ 1.2 million and then how he saw the bottom, Peter McCormack’s incredible 2-year investment adventure left lessons to be learned for Bitcoin investment. “I traveled the world, I became rich, I became poor …”

Peter McCormack, one of the popular content creators in the cryptocurrency world, talked about how he became a millionaire with crypto money investments and then lost his money. Saying that he is at peace with this issue, McCormack stated that he shared his story because he wanted investors to earn it.

2016 was not a bright end for Peter McCormack. When McCormack was forced to close his advertising agency in December that year, he had some money and faith in cryptocurrency investment. He decided to invest $ 32,000 in Bitcoin (BTC) and Ethereum (ETH). When Peter saw that his investment was appreciated, he started not being limited to these two cryptocurrencies and investing in many other altcoins.

“Monero, Dash, this, that, any nonsense… Everything I invested has continued to increase”

Peter started to feel like a great trader with every coin he took his hand rising. Feeling that he should not stop when he managed to make money in the range of 300 thousand – 500 thousand dollars in a 6-month period, he invested more without allocating any shares for himself. At the end of the year, Peter had $ 1.2 million.

Turning 32 thousand dollars into 1.2 million dollars, Peter thought he was a complete genius and set his mind to start a lot of business. Deciding that he wanted to realize his dreams with this money, “no matter how stupid it sounds” in his own words, by purchasing Bedford Town Football Club; he wanted to lead the team to success in the league. He thought to himself, “It takes only 6 months to get the money I need to do this as cryptocurrencies are rising forever.”

Collapses that destroy a one man army

Continuing the returns from cryptocurrencies in many branches, Peter operated like a one-man army. It maintained its cryptocurrency return with jobs such as trading, cryptocurrency podcast, mining, mining pool and investment consultancy.

As the cryptocurrency market went through quite turbulent times in 2017, Peter thought these crashes were short-lived and temporary; decided to ignore it. Peter believed that the market would somehow gather and recover, but that was not the case. The front that most affected Peter in these collapses was mining. Mining earned Peter money for just one month, but he started to lose money in the following months. Peter, who started to pay the losses with the Bitcoins in his hand, was just a short time away from his mining business. At the same time, his capital continued to melt away from things like new clothes, first-class flights, lending to his family, charity work, luxury pleasures.

Peter, who had 150 Bitcoins at the peak of his investments, was losing BTC while continuing his trading activities to earn dollars. By the time he realized that this was the wrong strategy, he had 80 BTC left. While other cryptocurrencies he invested in continued to collapse, his value was gradually melting. It was too late when Peter realized he had succumbed to his greed and ambition. After paying his tax debt, he had almost nothing left.

“I regret but I am also satisfied with my life”

Stating that he regrets not being able to use the money he earned in a sustainable way, Peter also expresses his satisfaction for what life has shown him. Now, as a father, he wants to take care of his family, continue his podcast program, and continue his Bitcoin investments without being greedy. Besides sharing his story on his Twitter account, Peter McCormack also wants to give some advice for investors.

Lessons to be learned from Peter McCormack

Peter McCormack, who became a millionaire after closing his company and fell to zero again, shared some of the lessons he learned about Bitcoin investment.

Lesson 1: The amount of satoshi you have is more important than the dollar value you have.

The dollar value is constantly changing, but the satoshi you have is an indicator of your new financial benchmark and is stable. ”
Lesson 2: Patience.

“Stop playing short-term games. If you are too over-leveraged you will not be able to recover the dips.

The most important issue of Bitcoin is the issue of supply and demand. Bitcoin is a hard-money, and people who buy BTC usually rarely sell what they have. ”
Lesson 3: Find your advantage.

“Of course you will trade but mostly you won’t be able to win in this market.

For this reason, find a lever that you can take advantage of in this area other than trading. For example, I am doing a podcast. What else can you do? “

Even SEC has acknowledged what XRP is used for

IMF Announces: What are the Pros and Cons of Digital Central...