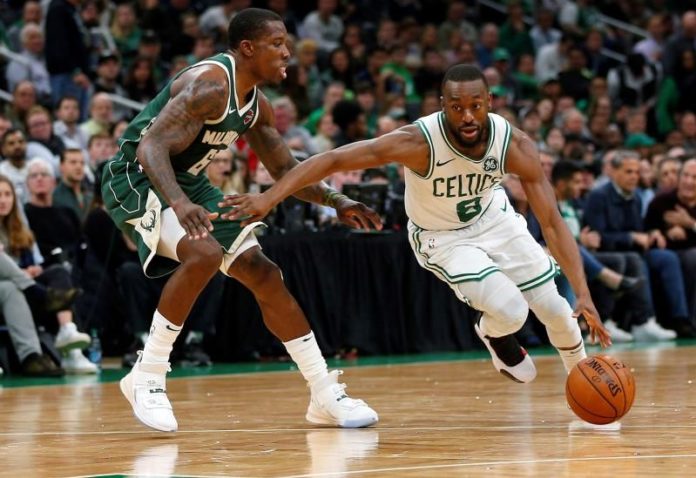 The forward Kawhi Leonard had his first confrontation against his former team of the Toronto Raptors, which he led to his first league title last season, and won the victory as the new star of the Los Angeles Clippers.

While the NBA day also left the triumphs of the Boston Celtics, unstoppable; Houston Rockets, which consolidate leadership, Utah Jazz and Memphis Grizzlies that made him bitter the celebration of the withdrawal of the number 9 of former French baseman Tony Parker with the San Antonio Spurs.

The combination of escort Lou Williams and Leonard was the key that allowed the Clippers to win the decimated Raptors 98-88, who played consecutive nights at the Staples Center after Sunday’s clash with the Los Angeles Lakers and won 104-111 .

Williams scored 21 points, Leonard touched the triple triple in his first game against his former team, the current NBA champions, and the Clippers were always superior in a game that did not have much spectacularity or offensive success.

Leonard finished with 12 goals, 11 rebounds, nine assists and nine steals, which left him as the most complete of the game but did not have his best touch of wrist.

Last season he led the Raptures in conquering his first champion ring, averaging 30.5 points and 9.1 rebounds in 24 postseason games, and achieved his second Most Valuable Player (MVP) title in the Finals.

Cameroonian power forward Pascal Siakam, the Raptors franchise player, who took Leonard’s position when he decided to sign for the Clippers as a free agent, contributed a double-double of 16 goals and 10 rebounds.

The forward Norman Powell added 15 points and the base Fred VanVleet converted 14 for some Raptors diminished by the injuries when having the losses of the titular base Kyle Lowry and the Spanish power forward of Congolese origin Serge Ibaka.

Base Kemba Walker came up with his best incessant inspiration when the Celtics needed him most and his contribution of 29 points, including three decisive triples in the fourth period that helped his team beat 116-106 against the Dallas Mavericks.

The absence due to injury of forward Gordon Hayward, who will be low for at least six weeks with a fractured left hand that was successfully operated on Monday earlier, made Walker’s offensive contribution decisive.

In addition also the guard forward Jaylen Brown, every day more complete in all facets of the game, which achieved a double-double of 25 points and 11 rebounds made the difference in the eighth consecutive victory of the Celtics (8-1), best brand of the league.

Once again, Slovenian forward Luka Doncic was the unstoppable force in the Mavericks offense (6-4) to which he contributed 34 points, but which were not enough to avoid defeat.

Doncic played 34 minutes in which he scored 11 of 21 field shots, including 3 of 10 triple attempts, and hit 9 of 10 from the personnel line.

The star guard James Harden maintained the status of the Rockets’ leading scorer and with 39 points, including 13 straight in the final stretch of the fourth period, led his team to the visitor triumph by 116-122 against the New Orleans Pelicans.

Together with Harden, who also distributed nine assists, captured four rebounds and regained two balls, base Russell Westbrook was the second top scorer of the Rockets with 26 points that helped the Houston team achieve the fourth consecutive win and consolidate leadership in the Southwest Division

The Swiss center Clint Capela imposed its power within the painting and contributed a double-double of 11 points, 20 rebounds and two caps.

Another European pivot, the Frenchman Rudy Gobert achieved a double-double of 25 goals and 14 rebounds that helped the Utah Jazz win at home by 108-122 at the decimated Golden State Warriors.

The guard Donovan Mitchell contributed 23 points and the base Mike Conley added 22 points with Utah, which put his mark in 7-3.

The Warriors, plagued by injuries, had escort D’Angelo Russell as their leading scorer with 33 points, fourth game in which he gets 30 or more goals.

Messi achieves a new triplet and snatches the lead from Benzema