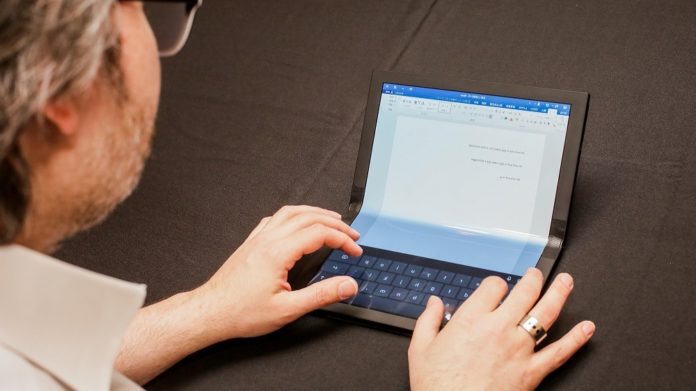 Lenovo announced the Lenovo ThinkPad X1 Fold, the world’s first foldable display computer, at the CES 2020 event. The foldable display notebook offers different operating modes that give users the flexibility to use.

Lenovo announced a laptop concept with a foldable display, which it announced in May 2020. At CES 2020, the company made the concept a reality and unveiled the world’s first Lenovo ThinkPad X1 Fold, the foldable display notebook.

The ThinkPad X1 Fold has an OLED display with a resolution of 2048×1536 pixels, which reaches 13.3 inches when fully opened. The notebook provides several configurations that you can use, such as folding or a regular notebook. Like other laptops, the X1 Fold includes a keyboard mode.

Lenovo also offers some software features on the ThinkPad X1 Fold to make its foldable structure more convenient. The new operating system for dual-screen devices Windows 10X has not yet been released, so Lenovo is using Windows 10 Pro laptop. However, the company plans to release a Windows 10X version later this year.

With the collapsible computer, you can compare documents on two screens when making changes to a presentation or taking notes, or open a different window on the other while making a video call on one screen. So both screens can perform different tasks at the same time. Of course, you can also choose to use only the keyboard on the lower display. Lenovo has also announced an external stand where you can use the 13.3-inch display with a wireless keyboard as a normal display.

ThinkPad X1 Fold powered by Intel processors; It comes with 8GB of RAM, up to 1TB of NVMe SSD storage, 5G and LTE support, a battery that offers Bluetooth 5.0 and 11 hours of life. Lenovo said the notebook will be available in mid-2020 at a starting price of $ 2,499.