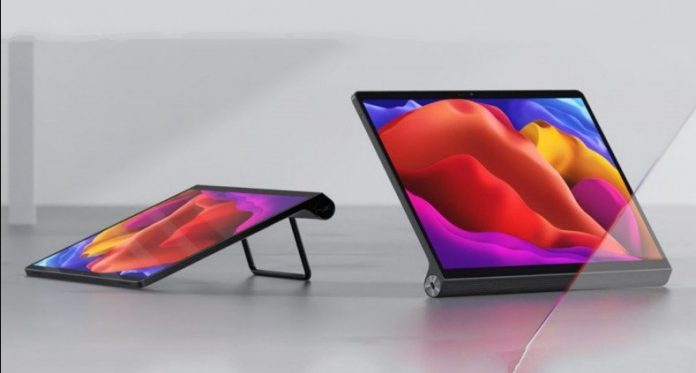 It’s not hard to get most commercially available tablets to work as a second monitor, but you’re mostly limited to using them with certain devices. For example, Apple’s iPads can be used as external monitors thanks to the built-in Sidecar feature, but this only works if you’re using them with a Mac. However, thanks to some paid third-party applications such as Duet Display, it is possible to use the iPad as a second monitor for Windows PCs.

When we look at the usage side as a tablet, Lenovo Yoga Pad Pro; Snapdragon 870 includes features like 8GB RAM, 256GB storage and 10200mAh battery. The 2K features four Dolby Atmos compatible speakers placed around its 16:10 LCD display and also includes a kickstand that can rotate a full 180 degrees from the rear of the device. Thanks to this 180-degree stand, it is also possible to hang the tablet on the wall.

Of course, there are many portable monitors that are often offered with larger screen sizes and lower price tags. But the Lenovo Yoga Pad Pro has the advantage of being a capable standalone device in its own right, complete with stylus support and an 8-megapixel selfie camera (no rear camera).

It’s unclear if the Lenovo Yoga Pad Pro will go on sale outside of China. However, this product will be very useful for those who watch something often with their tablet or who want to use it as a second screen on their computer.