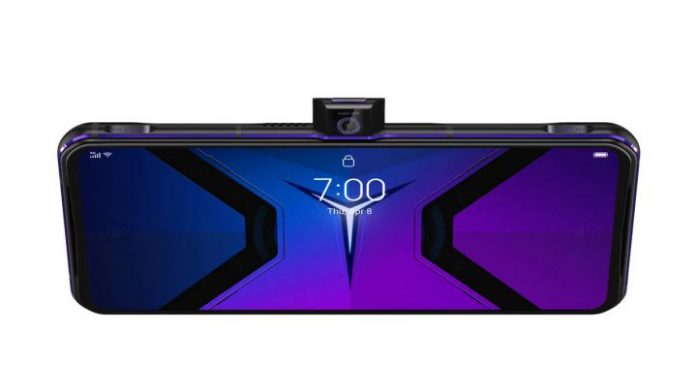 Lenovo Legion Duel 2: Many smartphone manufacturers have opted to create their version for the gaming world. For some it only works by making changes to the interior of the terminal, while others provide design-level improvements that, sometimes, just stay there. But this is not the case with the Lenovo Legion Duel 2, which has a strange design where you will find up to eight triggers.

This is the Lenovo Legion

Lenovo has recently reached the section of smartphones and has done it in style. The company launched its Legion terminal last year with which it entered to compete against other major brands in the market such as the Razer or Red Magic among others. His proposal was interesting in functionality, design and power and for this second version we found an all-terrain mobile to play any title. Now you will understand why we tell you.

For starters, the Legion Duel 2 comes with an impressive 6.9-inch AMOLED screen in FHD + resolution with 144 Hz. There is no front camera in this part, since it is hidden on the side thanks to a mechanism that reveals it when needed. By the way, this lens has 44 MPX. This feature has nothing to envy to the rear where two 64 and 16 MPX lenses will be mounted on a main sensor and a wide angle.

But it is in this back part where we are going to stop because of its curious design. It turns out that Lenovo’s new gaming phone doesn’t just have two triggers housed on the right side. It has four more divided into two modules on the back, two on the upper edges and another two near the encapsulation where the lenses that we mentioned before are placed.

We reached the inside of the device, where Lenovo has not left a single end untied for its terminal to give all its power. Here we talk about a Snapdragon 888 processor with a configuration of 12/16 or 18 GB in its RAM and 256 or 512 GB in its internal space. To avoid excessive heating, it has a liquid cooling and has an impressive 5,500 mAh battery with a fast charge of 90w, something important to have the mobile fully charged in a matter of minutes.

If you are a gamer, you may be interested in having the Legion Duel 2 in your pocket, it is a large mobile in every sense and to have it you will have to pay from 799 euros if you want the 12/256 GB model.