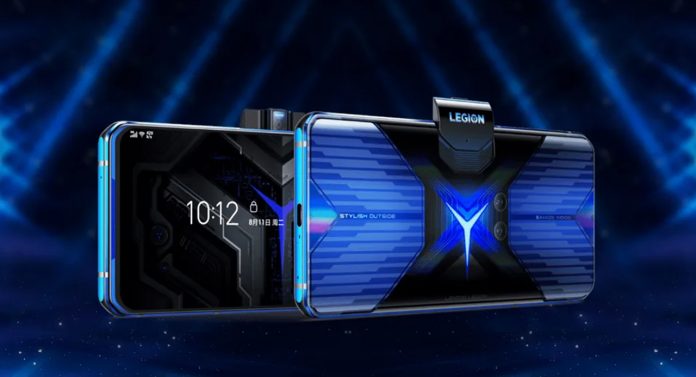 Lenovo Legion 2 Pro, which is expected to take the title of the world’s first liquid-cooled smartphone, will be officially introduced on April 8. In addition to its flagship features, the smartphone aims to go beyond the usual with its cooling technology.

As the launch date of the smartphone approaches, new details continue to emerge. The smartphone, which was announced to be powered by the Snapdragon 888 processor in the past days, is now displayed in blood.

The smartphone appeared on Weibo 2 days before its launch. Legion 2 Pro, which we have ideas on many issues, including its design, draws attention with its built-in fan positioned at the bottom of the camera.

The smartphone, which was previously announced to use dual-fan turbo liquid cooling technology, has one of the fans located under the case. In addition, there is an air grille on the side to ensure air circulation easily. Legion 2 Pro has an RGB illuminated Legion logo on the back

One of the most striking details of the smartphone was the selfie camera positioned on the side. At the same time, the selfie camera, which has a pop-up structure, will allow players to broadcast while playing.

Here are the features of Lenovo Legion 2 Pro:

With a screen size of 6.92 inches, Lenovo Legion 2 Pro will provide a fluent gaming experience with a 144 Hz screen refresh rate. Providing users with Full HD + resolution, the device has AMOLED display technology.

On the processor side, the device, powered by the flagship Snapdragon 888 chipset, will provide players with a quality gaming experience with 16 GB of RAM.

The smartphone comes with a 64 Megapixel main camera capable of recording 4K 120 FPS and 8K 30 FPS video. While the resolutions of the other sensors of the smartphone are not disclosed, the 44 Megapixel selfie camera positioned on the side offers players broadcasting at the same time.

On the battery side, a 5500 mAh battery that can fast charge up to 90W meets us. In addition to its upper level features, the device, which draws attention with its cooling technology, will be the world’s first liquid cooler smartphone.