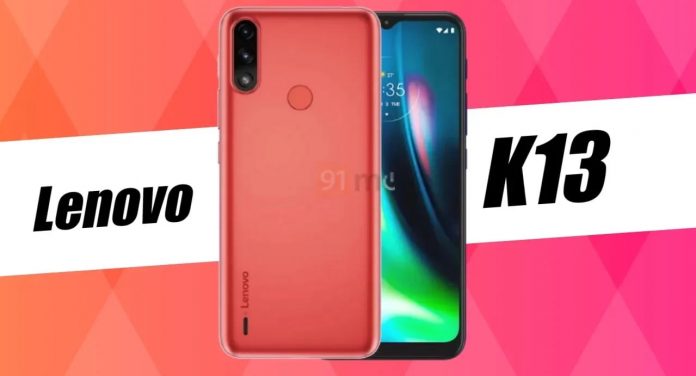 Lenovo K13 has a 6.52” IPS LCD display that offers HD+ screen resolution, 60Hz refresh rate and a 5 Megapixel front camera placed on the front with a dewdrop notch.

When we take a look at the back of the phone, there is a camera module that hosts a dual camera setup that includes a 13 Megapixel main camera and a 2 Megapixel depth sensor. Likewise, the device will come out of the box with a rear-mounted fingerprint sensor.

Looking at the key specs of the device, it is powered by an octa-core Unisoc SC9863A mobile processor paired with 2GB of RAM and 32GB of internal storage that can be further expanded via a microSD card. This newly introduced smartphone will also be powered by a massive 5,000mAh battery with 10W fast charging. Finally, if we look at the price tag of the smartphone, it can be purchased for about $ 100.