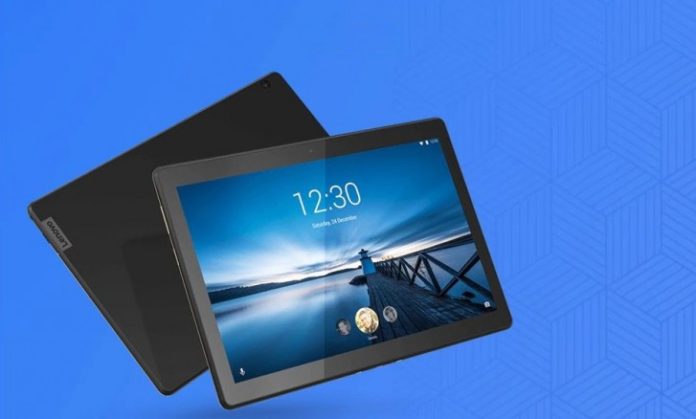 Chinese technology manufacturer Lenovo introduced its new tablet M10 FHD REL, which attracts attention with its rather large battery of 7,000 mAh. This tablet, which is in the middle class category, seems to be annoyed by not supporting fast charging.

Lenovo, one of the world’s leading technology companies, introduced its new Android-based tablet M10 FHD REL. The tablet, which can be evaluated as a medium level, attracts attention with its rather thick frames that it offers on its 10.1 inch screen, unlike today’s technology. It is possible to say that the tablet resembles old tablets with these thick frames.

If we briefly mention the features of the tablet, the M10 FHD REL has a 10.1 inch IPS LCD front panel, as we mentioned above. The tablet supporting Full HD resolution on this screen has a 5 MP selfie camera on the front as well as an 8 MP camera on the back.

Lenovo M10 FHD REL has a 7,000 mAh battery:
Powered by the Snapdragon 450 processor, the M10 FHD REL supports this processor with 3 GB of RAM. In addition, the tablet, with 32 GB of internal storage that can be expanded with microSD, comes with Android 9 Pie out of the box on the operating system side.

If we come to the most important feature of the device, Lenovo has preferred a 7.000 mAh battery, which can be called quite large in this tablet, but it should be noted that this battery is not supported by fast charging. If the size of the battery is considered at this point, the charging time can be really annoying. Other notable features of the tablet include dual-band Wi-Fi, 3.5mm jack input and FM Radio.

Lenovo M10 FHD REL, which does not have any SIM card input, is not available in the international market for now. On the other hand, there is no information on whether the tablet will go on sale in the global market or when it will be available. Finally, let’s also say that the tablet has a price tag of $ 196.