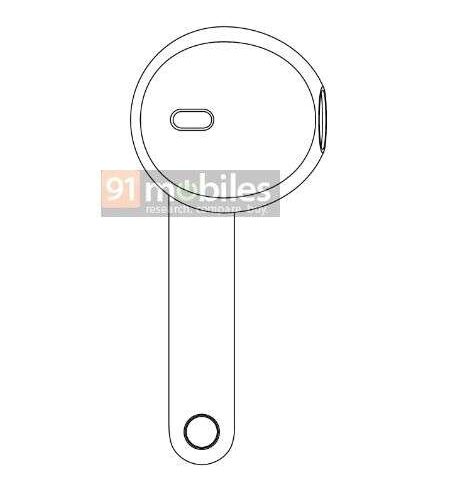 When it comes to technology, one of the first names that come to mind, Lenovo, the successful company, was said to be working on a new headset. Some patent images have emerged that are said to belong to new wireless headphones, which draw attention with their similarity to AirPods as their body design.

Lenovo-based technology company Lenovo, which attracts attention especially with computer models, is now news with a headset designed for its smart devices. The company is said to have filed a patent for a headset that is quite similar to Apple’s world-famous headphone model, AirPods. In the patent images, which are said to belong to the new product, the headset was seen to have a slightly flatter body than AirPods, and it was commented that it would be released with a very affordable price tag compared to other wireless headphones.

In the patent application, which is said to have been discovered by a website named 91mobiles and submitted to the State Intellectual Property Office of the People’s Republic of China, it has been reported that although the name of the headphones is not yet included, there are design images. It is said that although Lenovo’s new headphones are similar to AirPods, they will come with a slightly flatter body design and each headset will have a charging pin and microphone just below the body.

The outer design of the headset is clearly shown:

The resulting drawings also show that Lenovo’s new in-ear headphones don’t have a button. Therefore, comments are made that the headphones may have a touch sensor. In addition, let’s mention that there is no clear comment about the low or high cost for the new product, which does not have any information about the charging box. Technology enthusiasts, however, still report that Lenovo predicts that the headphones will keep the market price low. Because the company had already released affordable TWS headphones.

The company’s recently introduced HT10 Pro, HT20, HE18 and HD116 coded audio products came with one-button-enabled EQ technology. In addition, the products, which have the feature of sweat and water resistance, gained the appreciation of the user with a range of 20 meters and a music playing life of up to 48 hours. Although there is no official announcement about the new product from the Lenovo front, we will see if the news is correct in the coming days.

Premiere of the game Hyrule Warriors: Age of Cataclysm

Emma Cakecup is accused of lying by Internet users!

European Union to Force Apple to Use USB-C on iPhones

She donated all the money her mother saved on Twitch!