Home Tech Lenovo 10w, This Is The New Tablet With Snapdragon Chip And Windows... 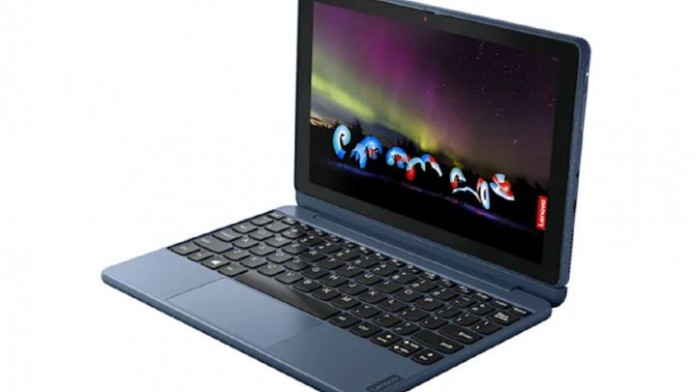 Lenovo 10w: Having a tablet is almost key at the productivity level. They are very easy to transport devices and provide functionalities that not all devices in a similar category have. But the possibilities are greater with a better operating system for these devices as shown by Lenovo’s new tablet called 10w with Windows 11 built-in.

A new tablet with Windows 11 built in

It’s not uncommon to see Lenovo enter the tablet segment with an interesting proposition. But the firm has taken a step forward with a feature that makes the Lenovo 10w very special. At first glance it looks like a classic tablet in design with a 10.1-inch FullHD 16:10 aspect ratio display and housed in a ruggedly designed chassis with a rubber bumper.

It also has cameras that will allow you to take images both from the rear with the 8 MPX lens and from the front with the 2 MPX lens. It may not seem like it, but they do a good service to a terminal with these characteristics. But the most important thing is inside the device.

The inside of the Lenovo 10w

One of the striking features of the Lenovo 10w is its internal construction. It has 8GB of RAM and 128GB of internal storage, enough for installing office applications, surfing the Internet and entertaining yourself. In connections it goes a bit fair with a single USB C port and a mini jack that will help connect headphones.

But two things are striking: The first is its processor, which mounts a Snapdragon 7c. It may seem normal for a mobile terminal that includes a keyboard with it, but it hides a secret that makes it very attractive. This second is about mounting the Windows 11 operating system inside, something that makes it very compatible with many applications on the market and with a very large offer.

Slack Officially Complains About Integration Between Office And Teams