Home Entertainment Lena Dunham said that director Penny Marshall once called her for an... 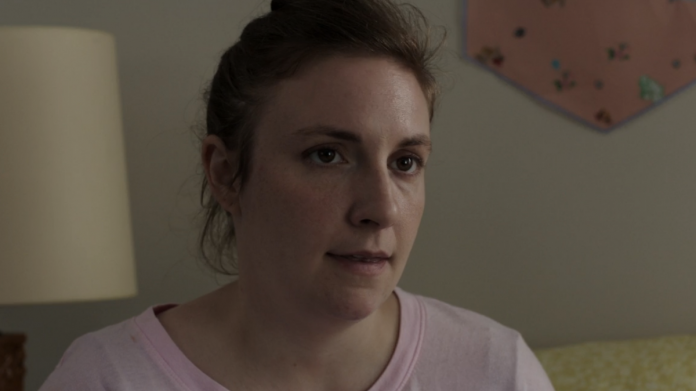 Lena Dunham made a big breakthrough in her career in 2010, playing the main role, shooting and writing the script for her semi-autobiographical film “Tiny Furniture”. But many years before that, she auditioned for the final film directed by Penny Marshall called “Riding in Cars with Boys.” However, Dunham had an unforgettable experience when Marshall called her during the audition, and looking back, she totally agrees with the director.

Sometimes brutal honesty comes better from a director than from an actor who auditions. In a recent episode of the Jess Cagle show on SiriusXM, Lena Dunham spoke about her unsuccessful audition for the 2001 film Riding in Cars with Boys and how the film’s director Penny Marshall most honestly withdrew her. As Dunham recalled:

When I was 12, I met Penny Marshall at an unsuccessful audition for her movie “Riding in Cars with Boys.” And it was very important to me… I understand why I didn’t get the role. Because she asked all the young actors to tell us our name, our height, where we come from and smile. And I said, “My name is Lena, I’m from New York, and I don’t smile on command.” And Penny Marshall said: “It’s called acting, honey.”

The big director was definitely right about that. But Lena Dunham is certainly not the only actress who failed the audition. Jake Gyllenhaal failed the audition for the role of Frodo in The Lord of the Rings due to the fact that he did not pronounce lines with a British accent, as expected. Fifty Shades of Grey actor Jamie Dornan literally threw up during an audition for Rock of Ages, he thought that whiskey would be the key to performing “Waiting for a Girl Like You”. Without a doubt, these audition stories disappointed the actors at that moment, but swing and absence from the acting world can also give a good learning experience, as well as funny stories, depending on your sense of humor at the moment.

While Penny Marshall’s comment about a promising actress from New York may have stung at the time, fortunately Lena Dunham has no hard feelings towards the director of “Awakenings,” as she realized that her criticism was true. She explained:

She was right. Would you hire an actor who says, “I’m sorry, I can’t smile?”

Lena Dunham could definitely relate to Penny Marshall as she got older, having created several short films and web series while studying at Oberlin College. She eventually wrote the music for her own HBO series, Girls, which won two Golden Globes and received several Emmy nominations. So even if “Riding in Cars with Boys” wasn’t this comedic star’s movie debut, it proves that she doesn’t need this movie to become who she is now. It also didn’t stop her from watching Marshall’s “Their Own League” several times. She even told The Jess Cagle Show that she would rent this movie so many times on Blockbuster that the tape really broke! Now he is a devoted Marshall fan.

If there’s one thing we can learn from the 36-year-old actor’s experience in early auditions, it’s that the director’s criticism is (usually) not meant to upset you. It’s about accepting that criticism and using it to get better for future auditions. Lena Dunham continues to offer viewers new works, as she shot, wrote the script, co-produced and played in her newest film “Sharp Stick”, dedicated to the themes of infertility. If you want to know more about the new films that the winner of the Independent Spirit Award will release in the future, follow the new CinemaBlend movie releases.