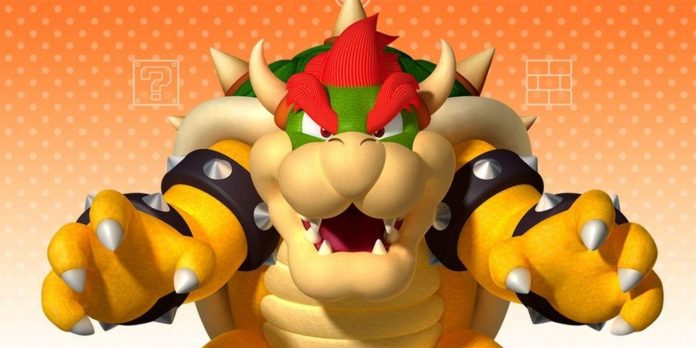 The expansion of LEGO’s collaboration with the video game industry in recent years has been exciting. Official Sonic the Hedgehog sets, Minecraft sets, and even the Horizon Forbidden West set have been released, but LEGO’s biggest partnership so far has been with Nintendo and Super Mario. A high bar has been set between the highly interactive sets of Super Mario and Luigi’s Mansion and the complex nostalgic sets of the Nintendo Entertainment System and Super Mario 64. LEGO’s latest development, the Mighty Bowser set, may have raised the bar even higher.

LEGO is officially working on a huge set of LEGO Super Mario The Mighty Bowser (71411). Built from 2,800 LEGO pieces, the result is a massive interactive LEGO Bowser figure and a platform with flaming columns on which it can stand. Mighty Bowser will officially go on sale on October 1 at a price of $ 269.99, which corresponds to what clearly required a significant amount of work on its development.

As in other joint projects between LEGO and Nintendo, designed for builders over the age of 18, a significant number of interactive elements are built into The Mighty Bowser. The figure has built-in buttons that allow customers to shake Bowser’s head from left to right, as well as a trigger to make him raise his head. By pulling the trigger to the end, you’ll even shoot a fireball out of Bowser’s mouth. If Bowser is lifted, his tail and legs will also dangle on free joints, giving the impression that he is jumping.

As an additional level of interactivity, LEGO Mighty Bowser also has an “extended play” that works with other Super Mario starter courses. Using LEGO Mario, LEGO Luigi or LEGO Peach figurines with a special prisoner of war unit built into the Bowser platform, you can play a fun mini-game in which the hero figure can trample Bowser in a fictitious battle. It even has a sound that is being played.

What makes the LEGO Mighty Bowser set stand out even more than its interactive element is simply the quality of its design. For a 12.5-inch-tall Bowser figure made from LEGO parts, it took a lot to make Bowser look exactly in his typical 3D video game form. LEGO even created a new type of parts just for the spikes on Bowser’s back.

The Mighty Bowser figure from LEGO will look great against the background of other Nintendo Super Mario collaborations. Both the Super Mario 64 question block and the Nintendo Entertainment System are equally complex (and expensive), and this will join them in October.