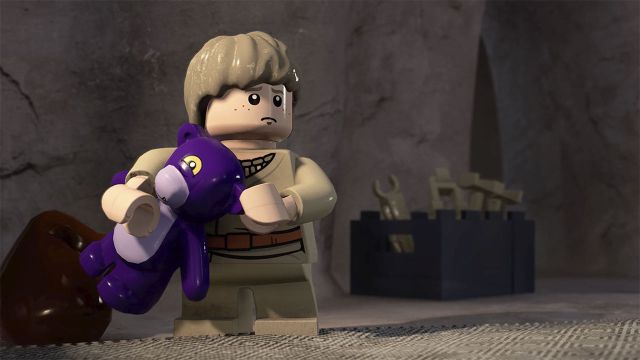 LEGO Star Wars: The Character Collector’s Pack includes characters from beyond the three main trilogies: dates and details. The LEGO Star Wars Season Pass: The Skywalker Saga, also known as the Character Collector Pack, is content that is actually divided into seven different packs and includes characters from the galactic saga, including heroes and villains from both the main nine films and other products. Warner Bros. Games and TT Games have detailed the dates and characters that will be available as part of these DLCs.

On launch day, all those who have purchased the aforementioned pack will be able to access characters from the first season of The Mandalorian and Solo: A Star Wars Story, although they can also be purchased separately. From the Lucasfilm series, Mando will be playable, while Grogu, Greef Karga, Cara Dune, IG-11, and Kuiil will be uncontrollable. From the Solo spin-off will be Han Solo himself, Chewbacca, Lando Calrissian, Qi’ra, Tobias Bekett, and Enfys Nest.

Players will be able to download the Classic Character Pack and Soldier Pack soon. The first comes with Luke Skywalker, Princess Leia, Han Solo, Darth Vader, and Lando Calrissian. This pack will be available at launch for those who have early access, while those who have the collection of characters or those who purchase them separately will be able to experiment with them from April 19.

As for the Trooper Pack (launching for Early Access and May 4 for the rest), it includes the Imperial Death Trooper, Incinerator Stormtrooper, Frontier Trooper, Imperial Coast Trooper, and Stormtrooper. Mimban.

The Rogue One: A Star Wars Story Character Pack will be available for purchase on April 19, featuring Jyn Erso, Bodh Rook, Cassian Andor, K-2SO, Chirrut Îmwe, Baze Malbus, and Director Krennic. On the other hand, on May 4, Star Wars Day, the character pack of the second season of The Mandalorian (Ahsoka Tano, Boba Fett, Bo Katan, Fennec Shand, Moff Gideon, etc) and those of the first will land. from La Remesa Mala (Hunter, Wrecker, Tech, Crosshair and Echo).

The spell in the Hocus Pocus 2 trailer hints that it...