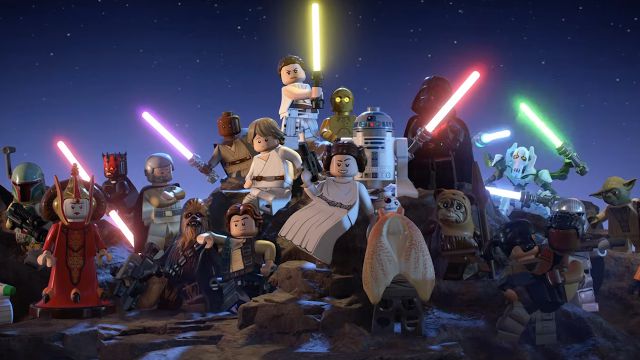 LEGO Star Wars: The video documents the collaboration between all the parties involved in the development to materialize a fan title aimed at lovers of Star Wars. LEGO Star Wars: The Skywalker Saga is destined to become one of the most important titles in LEGO’s history in video games. After offering many installments and compilations based on Star Wars, this work scheduled for April will bring together the nine main films in the series – all three trilogies – in a single work. Its development, which has been more difficult than expected, is now shown in depth in this new behind-the-scenes video.

LEGO Star Wars: The Skywalker Saga, a tribute to the saga between pieces

As explained by Warner Bros. Games, TT Games, the LEGO group and Lucasfilm Games in the video, it is the “most ambitious LEGO video game to date”, with a new third-person perspective, new combat mechanics to make the action a more instinctive process, murmur mode and more.

The video documents how this development work has been, with winks, anecdotes and explanations from the different parties involved that have made it possible. From its sound designers to the head of programming, the video can be seen with Spanish subtitles.

LEGO Star Wars: The Skywalker Saga will be available on April 5, 2022 for Xbox Series X|S, Xbox One, PlayStation 5, PlayStation 4, Nintendo Switch and PC in physical and digital formats. Those who pre-order the digital version will receive early access to the Soldier Character Pack on release day.

This pack will be available one month after the premiere for those who get the character collection season pass (includes seven packs); it is also possible to buy it separately. All digital purchases will include classic Obi-Wan Kenobi as a playable character.

Finally, it should be noted that the physical version of the Deluxe Edition will include an exclusive LEGO Star Wars minifigure: Luke Skywalker with blue milk.