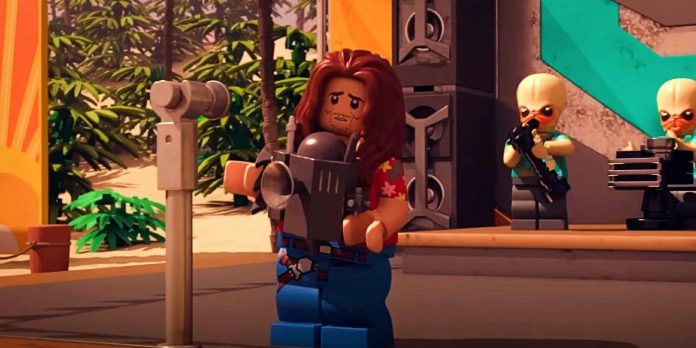 LEGO Star Wars Summer Vacation contains a new memorable music video from “Weird Al” Yankovic. The singer and actor voiced the latest Disney+ LEGO Star Wars special as Vic Vanko, a human musician who once performed on Scarif while Darth Vader and Darth Sidious enjoyed a vacation on the planet. The character also holds a big Scarif competition in beach games, where Darth Sidious competes for the title of “Ruler of the Beach”.

The music video is not only incredibly memorable, but also creates an overall impression of what viewers should expect when they watch LEGO Star Wars Summer Vacation. Families who watch the special edition will get a carefree and fun animated adventure that everyone will enjoy. The inclusion of “Weird Al” Yankovic in the cast only confirms the fact that the special will be a bright and fun adventure with the participation of fan-favorite characters of “Star Wars” with the same parody humor as in other LEGO Star Wars. the audience knows and loves parts of the media.

Crazy Rich Asians 2: Plot, release date, cast and everything you...