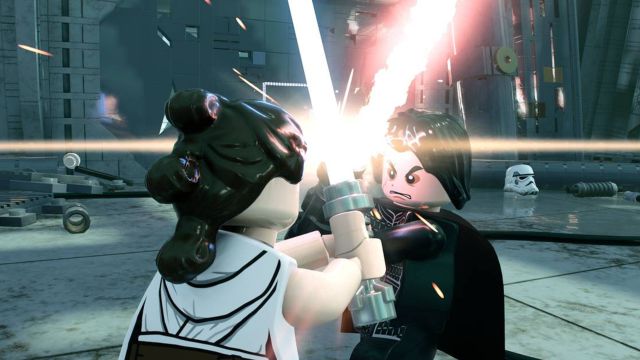 The 9 films of the galactic saga will return with a more casual and fun version of the original story. More than 40 years later, the Star Wars saga is more alive than ever, also in video games, especially after the launch of the Lucasfilm Games label.

After Squadrons, the next game to see the light will be LEGO Star Wars: The Skywalker Saga, a video game that will review the 9 main films. Although many of the previous films have already passed through the LEGO filter, it will not be a compilation, but the developers have created a completely new product. In an interview with the official PlayStation magazine, Traveller’s Tale’s Dawn McDiarmid confirmed that players will be able to control 300 different characters.

In reality, the numbers are even more hefty. The studio promises that there will be more than 800 characters in the entire game, of course not all will be playable. Hence, the figure has been placed in those 300 that we mentioned earlier. Babu Frik, one of the curious additions to Episode IX, The Rise of Skywalker, will be one of them. “I think fans of the new trilogy will be happy to hear that Babu Frik will make an appearance as a playable character, it is possibly one of the cutest things I have ever seen,” said McDiarmid.

No enhancements for DualSense

The video game will also add a new progression system, as well as a renewed mission system that will allow you to choose between different tasks at the same time. It is further confirmed that the PlayStation 5 version will not have special features designed for the DualSense controller; nor will it have 3D sound or ray-tracing. Even so, it is still possible that some of these functionalities will be implemented later.

LEGO Star Wars: The Skywalker Saga was scheduled for 2020, but Traveller’s Tale decided to postpone the date until spring 2021. There is currently no specific information on the exact date when it will finally be published. What is clear is that it will go on sale for PS4, PS5, Xbox One, Xbox Series X, Xbox Series S, Nintendo Switch and PC.