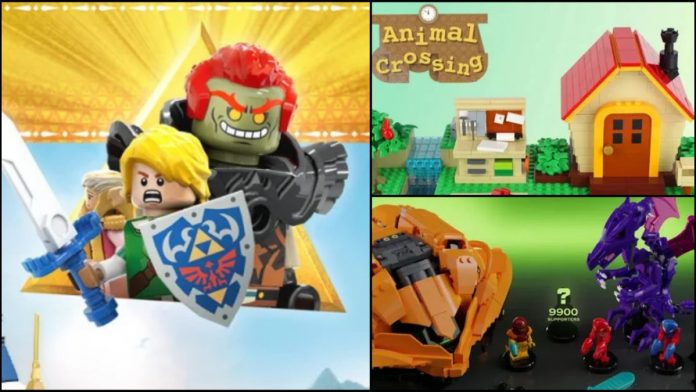 LEGO: The company publishes its annual idea review report and shares which ideas have ultimately been rejected; among them, some of Nintendo sagas. LEGO has released the results of the annual LEGO Ideas report for 2021, a document that analyzes proposals submitted by fans with the potential to become official LEGO sets. As usual, many of the proposals were based on characters and licenses from the video game world; but none of them has made the cut, so they are contested.

Among all the proposals presented there were names such as The Legend of Zelda, Metroid and Animal Crossing. Likewise, there was also one dedicated to Among Us, the independent phenomenon that swept downloads in 2020. All of them managed to accumulate the necessary votes to qualify for the final review, but they have finally been rejected.

LEGO rejects the ideas of the Legend of Zelda, Metroid and Animal Crossing

There is not only one reason to reject this type of proposal, especially if it is about intellectual properties of great popular importance (which can translate into a greater volume of sales). In general, many of the obstacles that LEGO encounters in approving sets of this kind are related to the costs of licenses, approvals, clauses, use of names and logos …

In the case of the Danish toy company, they have already worked with Nintendo in the past; to highlight, the Super Mario set with its own interactive toys. Although these amateur designs have been finally rejected, it does not mean that in the eventual future others based on those sagas will not be able to come out. They have simply been pushed aside during this opportunity.

Evan Bass from Bachelor Nation lost up to 6 percent fat...