Home Entertainment LEGO Pirates of the Caribbean 2 must happen Back in 2011, Traveller’s Tales went to the open sea with LEGO Pirates of the Caribbean: The Video Game. It came out together with the fourth part of the franchise and transferred the story of Jack Sparrow to the world of LEGO. The game adapted four major films of the time in the classic LEGO style and allowed players to control all the favorite characters of “Pirates of the Caribbean”. It gave the fans a decent pleasure, but the LEGO formula has changed a lot, and since then the Pirates of the Caribbean franchise has grown.

LEGO Pirates of the Caribbean was a good time

LEGO “Pirates of the Caribbean” recreated the first four films of the LEGO franchise and allowed players to take control of Jack Sparrow in his high-stakes adventures. The game was a typical LEGO style game with unlockable characters, lots of collectibles, LEGO humor and fun levels. The game allowed players to unlock many “Pirates of the Caribbean” characters, such as Davy Jones and Will Turner, and also allowed them to create their own pirates. The central world was called the Port and served as a place to enter each movie, like the Mos-Eisley cantina from LEGO Star Wars: The Complete Saga.

LEGO Pirates of the Caribbean was decent fun, but it didn’t become a hit with critics like previous LEGO games. The name was very similar to the past LEGO games, except that this time it had a “Pirates of the Caribbean” skin attached to it. It was perfect for fans of LEGO games or pirates, but outsiders had little reason to check the title. He adapted four films well, but didn’t improve the LEGO franchise much and therefore didn’t get particularly strong reviews. Nevertheless, it still sells well and over time becomes more and more popular in the community.

LEGO Pirates of the Caribbean 2 is what you need.

Since the release of LEGO Pirates of the Caribbean, the whole LEGO formula has changed. LEGO Star Wars: The Skywalker Saga has reinvented what it means to be a LEGO game, and the Pirates of the Caribbean sequel could take advantage of that. The Skywalker saga has completely reworked the way hub worlds work and replaced them with huge explorable planets where players can spend hours. Gone are the days when LEGO Pirates of the Caribbean needed to create a small hub world with a Port, since now it could give players the opportunity to explore the entire sea. This could give gamers the ability to control one of the various ships from the series and allow them to actually sail on the high seas as they embark on their next mission or collect collectibles.

Traveller’s Tales has also added full voice acting to LEGO games with LEGO Batman 2: DC Super Heroes. LEGO figures no longer need to grunt or choke, as they can now pronounce lines from movies. There are so many iconic phrases in Pirates of the Caribbean that would feel right at home in a LEGO game, and now it really can happen. While many miss the classic grunt, voice acting in games makes them a better adaptation of the source material and allows games to tell stories better. 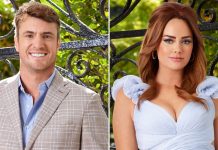 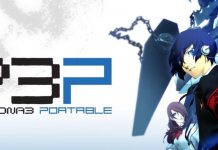 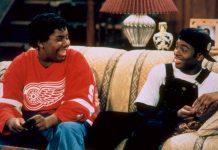 Nickelodeon Fans Are Thrilled to Have Kenan and Kel on Netflix, But There’s Another Problem