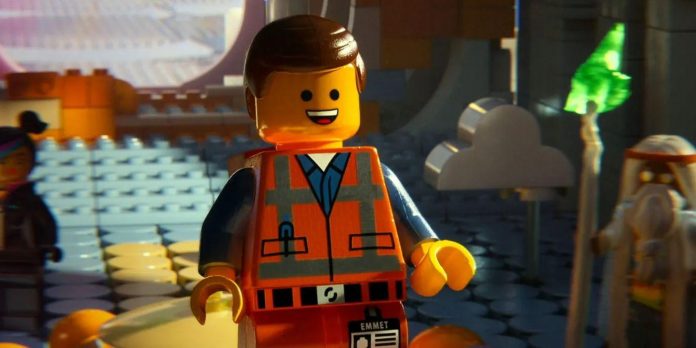 LEGO Movie 3 is getting an encouraging production update from producer Dan Lin. Lin was one of the main producers of The LEGO Movie franchise. He was the producer of the films “Lego Movie”, “Lego Movie 2: The Second Part”, “Lego Ninjago Movie” and “Lego Batman Movie”. The last film of the main LEGO movie series was made in 2019 with the movie “Lego Movie 2: The Second Part”, which starred Will Ferrell, Will Arnett, Chris Pratt, Elizabeth Banks, Alison Brie, Tiffany Haddish, Nick Offerman, Maya Rudolph and Stephanie Beatrice, among other stars.

Both The LEGO Movie and The LEGO Movie 2 were a huge success with both critics and fans, prompting many to insist on the third part of the main franchise. From Haddish’s shape-shifting musical “not evil” “Queen”, to a reference to “Mad Max: Fury Road” and the existential self-parody “Everything’s Not Awesome” (with hilarious phrases like “Wow, I think I finally understood Radiohead”) “Lego Movie 2: The Second Part” especially proved the franchise’s ability to attract viewers at different levels. The fast-paced series still attracts children who are looking for cute characters and funny moments, but it works on a meta- and pop-cultural level enough to appeal to adult generations as well. With all these advantages, it is likely that LEGO Movie 3 will be incredibly successful if it is filmed.

Related: Be Sure to Stay in the LEGO Movie 2 Credits

According to Lin, it looks like fans can get what they’re waiting for. During the Hot Seat podcast, Lin claims that The LEGO Movie 3 is still in active development. Lin spoke about the plans to create “Lego Movie 3” and how the creative team “coolly reinvented it.” Check out Lin’s full quote below:

“We know we need to switch it up and move to another art form that is still true to LEGO, we should have some announcements coming soon.”… I think it’s cool that we reinvented it.”

Making a movie that “still conforms to LEGO” but will “change it” will allow the LEGO Movie franchise to continue to build the high-quality foundation they were laying. Although “Lego Movie” and “Lego Movie 2: The Second Part” have common characters and a comedic style, these two films are still incredibly different. For example, the second film touches on much more existential topics than the first one. The LEGO Batman Movie also offered another franchise option, heavily relying on references and jokes to all other existing Batman content. Since the rights to the LEGO Movie are being transferred to Universal, it will be interesting to see how the filmmakers approach the next film.

Considering what the franchise has already done with these films, it seems that the creative team of The LEGO Movie is quite able to mix it up even more for The LEGO Movie 3. Although little is known about the plot of the characters of The LEGO Movie 3, it will probably still be played with live actors and animated episodes such as “Lego Movie 2: The Second Part” (and, to a lesser extent, with the first film). LEGO Movie 3 has no release date yet.

Netflix Announces 3rd Edition of Tudum to Celebrate 10 years in...