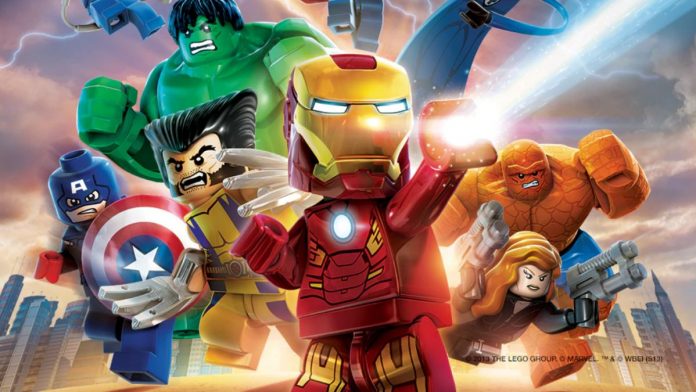 LEGO Marvel Super Heroes: After passing through other platforms and the premiere of the second part on Nintendo Switch, this October we return to this successful installment of the saga. Warner Bros. Games, TT Games, LEGO and Marvel Entertainment have announced that LEGO Marvel Super Heroes will arrive on Nintendo Switch on October 5, 2021. The original work from 2013 developed by TT Games continues to be one of the best games to this day. of LEGO of always; That is why, after the launch of LEGO Marvel Super Heroes 2 on all platforms back in 2017, the first part will remove the thorn of seeing the light on the hybrid console this fall; since in its original release said platform did not exist yet.

This version of LEGO Marvel Super Heroes will include a multitude of content packages already released previously, so it will be in a way a Deluxe version. On the one hand, the so-called Super Package, which will include more superheroes and supervillains, and new vehicles and races. Also add iconic characters like Dark Phoenix, Winter Soldier, Hawkeye, Symbiote Spider-Man, Falcon and Beta Beam Bill.

On the other hand, the Asgard Package, where Malekith and the villain Kurse shine with their own light. We can play with Jane Foster and Sif, the shield maiden of Asgard, as well as Volstagg, Hogun and Fandral.

LEGO Marvel Super Heroes, one of LEGO’s most beloved titles

LEGO Marvel Super Heroes arrived at the height of the Marvel Cinematic Universe. It was a year after the premiere of the first Avengers movie (2012) when it hit the stores and, how could it be otherwise, if there is one thing that stood out, it was how faithful it felt to the original product. Otherwise, the same hallmarks as always: action, adventure and platforms with the possibility of putting ourselves in the shoes of the most iconic characters in the world of Marvel, such as Black Widow, Loki, Spider-Man, Nick Fury, Iron Man , Wolverine, Captain America, Hulk, Thor, Hawkeye, Deadpool or Galactus. Both alone and in cooperative multiplayer mode, the adventure is geared for the whole family.

LEGO Marvel Super Heroes will come to Nintendo Switch localized to Spanish and in both physical and digital format. You can read our original review of the game here. We recall our conclusions: “Lego Marvel Super Heroes has become the best Lego game made to date for two main reasons: the first is that it knows how to fully exploit all those paths that have been explored in recent installments, including freedom. of movements; the second and great reason is in the universe it touches, since Marvel goes a long way with a simply spectacular roster of heroes and villains ”.

Fear The Walking Dead 6×13: A Character From The Past Returns