Home Entertainment LEGO Com 2022: the most important announcements and discoveries 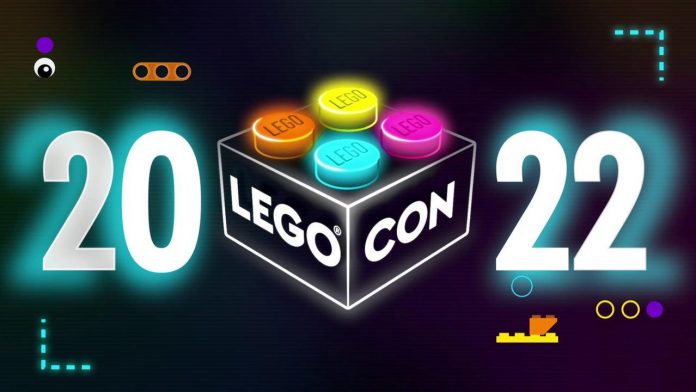 The event lasted two hours and included interviews with LEGO designers and the LEGO Masters international construction project dedicated to the company’s 90th anniversary. But the most exciting parts of the show were the screenings of several sets. Two sets will revive classic LEGO themes, while other sets will continue licensed LEGO franchises, including Avatar, Star Wars, Marvel, Super Mario and others. All sets will go on sale this summer.

Here are the most important announcements and revelations from LEGO CON 2022.

LEGO Con 2022: the most important announcements and openings

The classic LEGO castle is back

The new LEGO Lion Knights’ Castle medieval Castle is large and detailed, it represents a revival; since 2013 there has been no castle theme or adjacent to the castle. Set No. 10305 has a working drawbridge and a water wheel that rotates the millstone. Builders can open the castle and explore the interior, which includes a dungeon, an armory and a kitchen. There is even a miniature model of the yellow castle “Classic” in 1978! It consists of 4514 pieces and sells for $399.99. It starts on August 3.

Another comeback, this is a large-scale reimagining of the classic 1979 Galaxy Explorer with retractable legs, living quarters and four astronaut minifigures. The new LEGO Galaxy Explorer consists of 1,254 parts and is priced at $99.99. It will debut on August 1.

Two new Minecraft sets will be released this summer. The first is the Skeleton Dungeon (set # 21189), which includes a spawner and stones that can be equipped so that they fall on the skeletons chasing you. It consists of 364 pieces and sells for $44.99. It will debut on August 1.

The second set is “Abandoned Village” (set # 21190), where you fight with the inhabitants of the zombie village among the dilapidated ruins. It consists of 422 pieces and sells for $34.99. It will also debut on August 1.

Over the past few years, LEGO has been experimenting with using dots — smooth 1×1 round nails — to create realistic mosaics from famous photographs and paintings. The upcoming LEGO Floral Art Mosaic Set (set #31207) has a freer shape than what came before and allows you to create your own custom floral designs with vibrant green, blue, orange and pink flowers. Then you can hang it at home to match the color scheme. The set consists of 2780 pieces and is sold at a price of 79.99 dollars. It will be released on August 1.

There are 8 new collectible LEGO Super Mario characters. All of them are interactive with Super Mario starter kits and have unique sounds and abilities. These are: Nabbit, Purple Toad, Hammer Bro, Puffy Wing, Sycophant, Baby Yoshi, Red Yoshi and Blue Shy Guy. The LEGO Super Mario Character Pack Series 5 (set # 71410) will be sold at a price of $5.99 each. They will start on August 1.

New LEGO Star Wars sets are always at the next level in terms of scale, size and detail, and this summer’s recently announced arrivals are no different. Firstly, it’s LEGO Star Wars The Justifier (set # 75323), which is the ship of the bounty hunter Cade Bane, shown in the “Bad Batch”. It features minifigures of Cade Bane, Fennek Shand, Hunter, Omega and Todo 360. It has a fully detailed cabin and a retractable landing gear. It consists of 1,022 pieces and sells for $169.99. It starts on August 1

Another announced set was the LEGO Star Wars AT-TE Walker (set # 75337), a heavy artillery piece from the Clone Wars era. It comes with separatist droids and members of the 212th Assault Battalion, which operated under the command of Cody and General Kenobi. The vehicle has articulated legs and a massive rotating laser cannon on top. It consists of 1082 pieces and sells for $139.99. It will also be launched on August 1.

LEGO Star Wars Summer Vacation to appear on Disney Plus

Disney has unveiled a teaser trailer for the upcoming special edition of LEGO Star Wars Summer Vacation. The plot centers on Rey, Finn, Poe, Rose and Chewbacca, who go on a well-deserved vacation after defeating Palpatine in Episode IX: Skywalker. The official trailer will be released on June 21. The full release will be released on Disney Plus on August 1.

Sets of LEGO avatars are presented

Like the long-awaited sequels of the films, LEGO Avatar sets have been developed for years. At LEGO CON 2022, we saw one of them: a recreation of Toruk and the Tree of Souls (set # 75574). It comes with several Na’vi minifigures that have tails and disproportionately long arms and legs. The set consists of 1212 items and will cost $149.99.

CBS: See How is The Channel Series Schedule in The Fall...