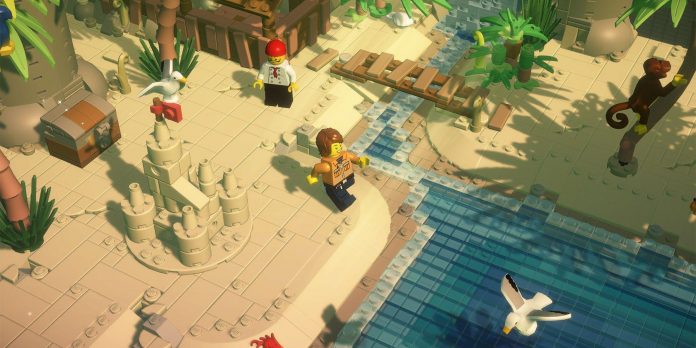 The adventure puzzle game continues to be actively developed by ClockStone Studio, known for its work on Bridge Constructor. Bridge Constructor was released back in 2013, and ClockStone has spent years since developing almost annual DLC releases for it, including major license bindings to Valve’s Portal and The Walking Dead. ClockStone moves on to an exciting LEGO project with great potential, based on the studio’s experience in physics and game mechanics of construction.

As noted earlier, there will be five different biomes in LEGO Bricktales. In these biomes, players will be able to solve a variety of puzzles, as well as collect a “bunch” of items and unlocks. This includes new cosmetics for LEGO players’ minifigures, as well as new sets of brick colors that can be used in the LEGO Bricktales sandbox mode. A sandbox for each area opens after construction is completed, where players assemble LEGO devices to solve puzzles.

Looking at LEGO Bricktales, some might associate it with LEGO Builder’s Journey 2019. It also allowed players to create LEGO designs in the game while going through a unique story. However, there is no connection between the two projects, and LEGO Bricktales has much more room for construction and storytelling.

Overall, the more LEGO games the digital LEGO build experience offers, the better. There’s a reason creative games like Minecraft and Terraria have been so successful. LEGO Bricktales, like LEGO Builder’s Journey, are relatively small projects, but offer exciting ideas. LEGO fans will soon be able to see for sure whether LEGO Bricktales lives up to expectations.