Home Entertainment Legends Pokémon Arceus Will Not Be An Open World And It Is... 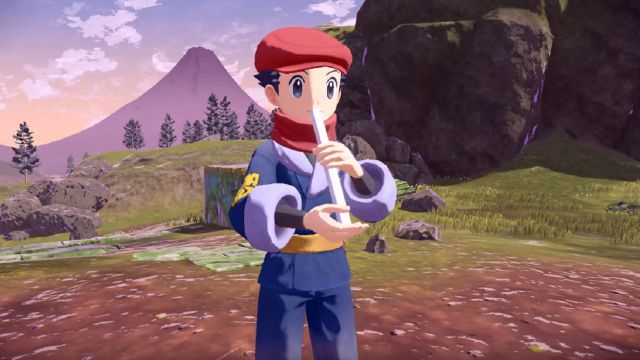 Legends Pokémon: The game structure that they have presented to us makes more sense in the form of large independent areas than in open world; Monster Hunter style. The Pokémon Company never communicated that Pokémon Legends Arceus was going to be an open world; in fact, the last two trailers of August and September showed what the playable structure of the adventure was going to be. That idea of ​​investigations and exploration of environments, each characterized by specific biomes and species, fits very well with Capcom’s playable philosophy with Monster Hunter. That is why it would not have made sense for this work to be an open world.

They have done well to make it clear when there are still four months left for its premiere, thus ending speculation. I’m not saying that I wouldn’t want to see an open-world Pokémon video game in the future, but that this Legends approach to action RPG hits the mark with a division of large but limited settings. I’m much more concerned about other things about Pokémon Legends Arceus than whether or not it’s going to be completely open, honestly. For example, the possible feeling of emptiness of its scenarios and its performance on Nintendo Switch once you see how discreet it will be technically. That it works with this gameplay, in short, is what really worries me.

I want to recover for this argument the work of Game Freak with Las Nieves de la Corona, the second DLC of Pokémon Sword and Shield; an example of good stage design. This is how I would like the routes to be structured in the eventual ninth generation of the saga: wide routes with freedom of movement; variants of heights; forks; without linearity and with the same view as in the Wild Area.

Between Knives and Secrets: Netflix buys for $ 450 million