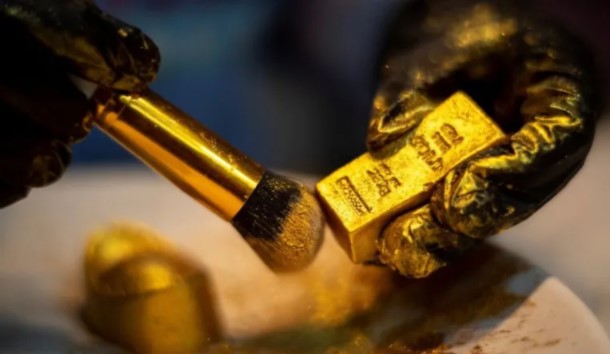 While Russia’s invasion of Ukraine caused humanitarian crises and continued with all its violence, the negotiations between the parties and the green light of the parties to take a step back, even if a little, caused a relief in the markets. As we reported as Somanews, gold prices fell from their new high with the increased risk appetite, and gold was withdrawn from $ 2,000. However, strategists at Credit Suisse are now expecting a new record high for the precious metal with their new key target of $2,285/2,300.

According to Credit Suisse, the bullish trend in the gold price is gaining momentum

Gold prices recorded the sharpest drop in nearly 14 months in the previous session and continued to decline on Thursday, as oil prices declined and the planned diplomatic talks between Russia and Ukraine increased risk appetite. Spot gold, after hitting a one-and-a-half year high at $2,070 during the week, slumped to $2,000, with expectations for the conflict to subside, and was trading at $1,980.05, down 0.55% daily at the time of writing. US gold futures fell 0.24% to 1,983.5.

The gold market is trading near daily lows after losing more than $70 and falling below $2,000. The sale coincided with oil falling 10% and risky assets like stocks and crypto seeing strong gains. However, strategists at Credit Suisse remain bullish. Strategists are now looking gold to set a new record high with their new key target of $2,285/2,300. Strategists point out the following levels:

We continue to seek a return to the record low of $2,075 gold. Although it will allow a fresh pullback from here, we expect a sustained breakout in time with resistance initially seen above $2,167 at $2,120 and eventually our new key upside target at $2,285/2,300. Support initially moves to $1,961 and $1,878 ideally averts further downsides.

2 Analysts: Bitcoin Is At These Levels In The Coming Days!