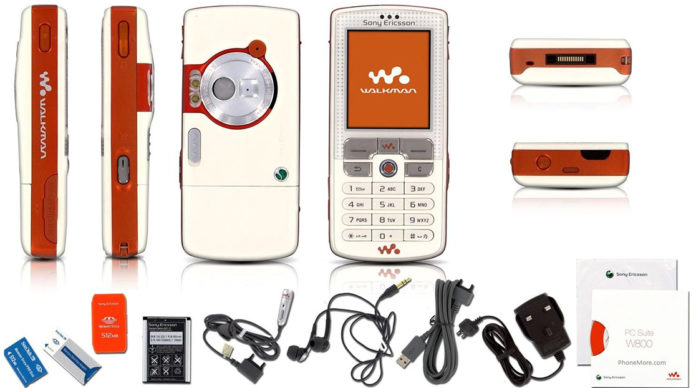 Sony, which was the biggest name in the technology world for a while, showed what the future will bring with the phones produced in partnership with Ericsson just before the arrival of smartphones. Legends of that period were W800 and K750.

Sony had the most valuable brands in the technology world before smartphones. These brands included brands that were portable to everyone’s mind at that time, such as the Walkman, which brought portable music into our lives, and the first digital camera, Cyber-shot.

Sony and Ericsson, which entered the mobile phone market as a partner with him, worked to put Sony brands into mobile phones. The first fruit of these works was the Sony Ericsson W800.

“Walkman” Phone
The Sony Ericsson W800 was a music phone. At that time, smartphones were just developing. People were traveling by bringing digital cameras, MP3 players and phones with them. Our burden was digitally heavy.

The W800, in white-orange color and with a huge Walkman on its side, carried the well-known brand of another device from Sony to the phones. The device had 512 MB of memory, but it was possible to increase this memory by 2GB by inserting a card.

The main competitor of the phone in the world markets at that time was the Motorola ROKR E1, which can use iTunes. Although ROKR E1 stands out with its 2.5 mm input and support for songs up to 500 songs from iTunes, W800 also had software called Disc2Phone. Thanks to this software, songs in albums could be transferred to the phone. In addition, the number of songs that can be accommodated on the card inserted phones was much higher.

Sony Ericsson’s phone from music to photo: K750
Technically, there was not a huge difference between the W800 and the K750. The difference lies in the branding and marketing of phones. The slightly larger K750 stood out as being a camera phone.

The same 2 MP camera was used on this phone. The company used a skidded camera guard on this model. As soon as the protection was opened, the camera application of the phone was starting. Later, the series was named over Cyber-shot.

So why did Sony-Ericsson release two identical phones almost identically? In fact, there is a very simple explanation for this situation: To address different customers. At that time, Walkmans and mp3s were very fashionable and Sony Ericsson aimed to incorporate customers in this market as well. Cyber-shot also attracted people interested in photography.

Sony Ericsson described Walkman phones as the product of the year in 2005. The two phones had sold 15 million units in total. Still, people are wondering how much impact a single super phone would have had on both phones at that time.