According to a graphic pattern detected by master analyst Peter Brandt, Bitcoin (BTC) will reach $ 50,000. Responding to independent investor Tuur Demeester, experienced trader Peter Brandt stated that a “big” symmetrical triangle can show that Bitcoin is ready to conquer the all-time highs.

Grafist also repeated the previous estimate of the leading cryptocurrency that it could reach $ 50,000 without specifying a precise time frame.

When two trendlines converge, a symmetrical triangle is formed. In most cases, this is solved by a convincing break near the top. However, there is a prerequisite for this chart model to play upwards – there must be a strong bullish trend ahead. 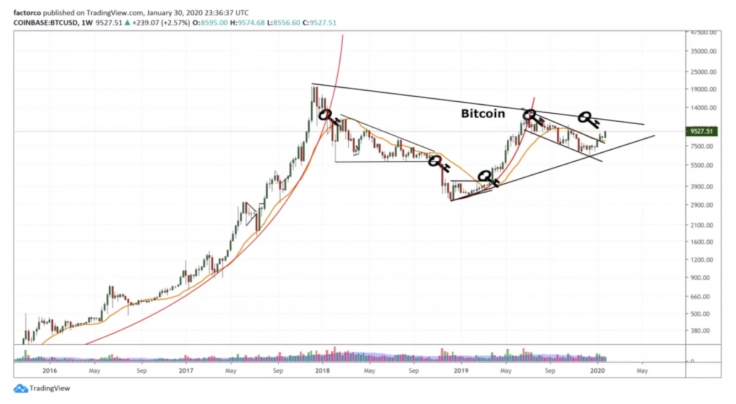 As of now, Bitcoin remains in an enormous symmetrical triangle dating back to December 2017, when the BTC price reached $ 20,000, the all-time high.

In January, Brandt claimed that Bitcoin could come out of the triangle, saying:

“I will look at it as a symmetrical triangle continuation and as time goes by, we will start to challenge this top line, especially if we remove the summits we made in June, we have completed this, and we can really start accelerating the bullish trend in symmetric triangle and Bitcoin.”

The Walking Dead’s 10th Season Final Is Postponed Due To The...

Ubisoft says the development of the Skulls is going well

BTS will be part of the OST of the movie Your...