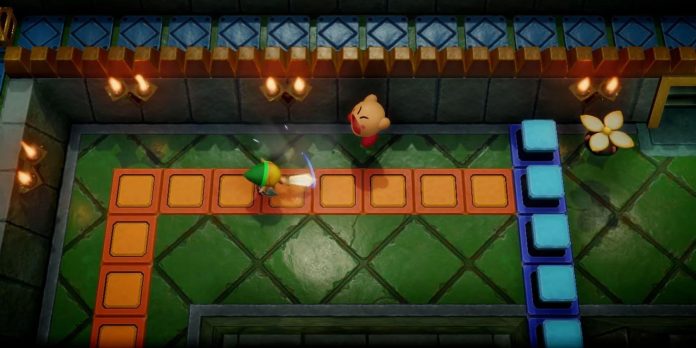 This may be due to a number of factors, including Nintendo’s usual desire to maintain quality and the fact that Zelda is not seen as the universally recognized face of games, which is sometimes Mario and Pokemon. Rising game development costs also contributed to a decrease in the number of Zelda games in the HD era, and the merger of Nintendo handheld computers and consoles into the Nintendo Switch further reduced what was being produced. Zelda games and spin-offs are still coming out, but as with other Nintendo franchises, there’s plenty of room for Zelda games between larger releases like Breath of the WIld 1 and 2. The solution may lie in Kirby, another Nintendo franchise. with about the same number of games, but a more consistent release schedule.

Spin-offs are a Huge part of the Nintendo Mascot Franchise

Nintendo’s largest franchises are often extensive enough to have affiliated franchises inside them. Mario has Mario Party, Mario Sports, Mario RPG and Mario Kart, and these are just some of them, and other games don’t even fall into these broad categories. Pokemon doesn’t have such big additional franchises, but there are still side games like Pokemon Ranger, various Pokemon puzzle games, Pokemon Stadium and Colosseum games, Pokemon Mystery Dungeon, and even two Pokemon Snap games. Many of them are present on the Nintendo Switch along with their main counterparts, providing an alternative gaming experience to fans or non-fans who are interested in something else.

While it may not have as many games as the last two franchises, Kirby demonstrates how well this model can work. Kirby has penetrated its appendages into almost all game genres, including various types of puzzles, fighting games, racing games, sports games and many mini-games that come bundled with larger Kirby games. Only on the Nintendo Switch there is Super Kirby Clash, Kirby Fighters 2, Kirby Star Allies, Kirby and the Forgotten Land, a lot of retro games and the recent Kirby’s Dream Buffet. Since Kirby debuted in 1992, there have been no new games in the series for only four years, and only in 2021 there were no games about Kirby at all. The franchise has never stopped there, and it has benefited greatly from this, especially on Switch.

Kirby’s model is in stark contrast to how The Legend of Zelda works. Despite the fact that there are a number of remasters, remakes and spin-offs, most games are great adventures. Even if they depart from the traditional gameplay, the standard format of quests remains in force. For this reason, the scale of many games is too large to be considered simple by-products, such as Super Kirby Clash and Kirby’s Dream Buffet. Despite the fact that Four Swords, Four Swords Adventures and Tri Force Heroes are clearly by-products, they are still embedded games that will take players hours to learn and complete. While it can be said that many Nintendo systems only have “smaller” Zelda titles, no one is going to call The Minish Cap a by-product.

Only a few games in the franchise can truly bear this nickname, and most of them lie in the distant past. The CDI Zelda trilogy, LCD games, and the Satellaview games are very little known and are not counted among the other games in the series. It took time until Link’s Crossbow Training on the Wii came out with another byproduct at their level of importance. Both Tingle DS games have firmly entered the sphere of spin-offs, although they actually form a new series of their own.

There is also Cadence of Hyrule, which has the unique status of a hybrid of Zelda and Crypt spin-off NecroDancer. Finally, there are two Hyrule Warriors games, both of which have epic storytelling and an impressive amount of content. Even with adventures in other genres, most Zelda spin-offs are action-adventure films with full-fledged campaigns, just like their usual counterparts. As Kirby and his friends have shown, there’s a lot more you can do with the Zelda franchise than going down the same path over and over again.

How The Legend of Zelda Can Surpass Kirby

The most direct way to follow the Switch strategy of other Nintendo franchises is to enter more genres with more side effects.