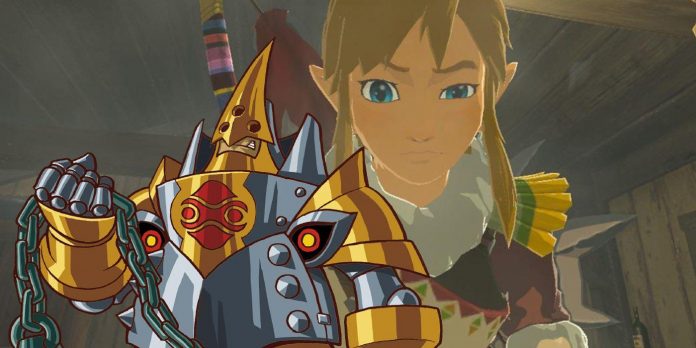 The Legend of Zelda series is home to some of the best gaming adventures, but not all of Link’s fights were memorable. Among the large number of enemies that Link has encountered in his many travels, not all have achieved the memorable status of enemies Zelda Hyrule, Ganon and Dodongo. It turned out to be quite easy to forget about some of the obstacles in Link’s path.

In the Legend of Zelda games, Link always faces a large number of enemies during his quests, both large and small. It’s not just the big bosses that attract attention, despite their starring roles. Although recurring bosses like Gohma are iconic parts of the series, even some minor enemies like Oktorok are well known and loved by fans. There is a good reason why many of these enemies have been reincarnated in multiple games because they are memorable and interesting.

Unfortunately, many Zelda enemies lack the memorable nature of the series’ icons. There are many monsters that, after Link defeated them, were almost completely forgotten by the fans as another footnote in the course of his adventures. Even fans who have played games in which these enemies appear may have forgotten about them, and for the same reason BOTW 2 needs a greater variety of enemies. Fans forget about enemies who can’t make an impact, so some of Link’s enemies came and went without much fuss.

Nejirons are said to be a species that evolved to mimic the appearance of peaceful gorons in order to deceive their prey. Although they have brown skin and round bodies like Gorons, there are some obvious differences between them. The most obvious is that Gorons have distinguishable heads and simple faces. Meanwhile, the Nejirons, in fact, are boulders with arms and legs, as well as with two strange eyes in front. Despite their efforts, observant players will easily be able to detect the Nejirons before they attack.

Nejiron will try to attack Link by rolling onto him, but that’s not the only way they can pose a threat. Tuttle will warn Link that they smell like gunpowder, and it’s not just the text of the fragrance. In a twist almost as brutal as the Knife of the Giant Ocarina of Time, Nejirons explodes after being defeated, harming Link if he is nearby. Because of this, it is best to destroy them at a distance with one of Link’s ranged weapons, protecting him from their explosive retaliation. This gives Nejiron a bit of uniqueness, as using Link’s signature sword on them will only hurt him in return.

Despite the explosive antics of the Nejirons, they appear only in the “Mask of Majora”, and then not very often. Although Nejirons sounds like an interesting encounter, their absence does not allow them to leave a noticeable mark on the game. However, since the Gorons are the mainstay of Legend of Zelda, it is quite possible that the Nejirons will return someday.

Kyandokan are enemies that appeared only in Oracle of Ages and only in the dungeons “Cave of Mermaids” and “Ancient Tomb”. This makes them one of the rarest enemies of Legend of Zelda. Even more surprising is that they are somewhat silly-looking walking candles, a fact that becomes even more surprising when you consider their huge number of immunities.

Despite their rather harmless appearance, Kyandokian is immune to all sources of damage in Link’s arsenal, with the exception of Ember Seeds. However, as a compromise, the Ember Seed flame will immediately light the Kyandokian wick. At this point, they will run around in a panic for a few seconds before exploding, forcing Link to take cover to avoid damage. This makes Kyandokian a surprisingly difficult opponent, leaving only one way to defeat him and giving him a chance to strike back at Link before he dies forever.

Like Link’s theremin in the original Wind Waker sketch, it’s not hard to imagine why players don’t remember Kyandokian. As mentioned earlier, he only appeared in two dungeons in Oracle of Ages. Not only that, but the dungeons he appears in are late game dungeons. As a result, players won’t see them unless they are experienced enough to dive very deeply into one particular Zelda game. Although no one can blame the creativity in the design of Kyandokyan, they simply did not have much chance to become memorable enemies.

Onox is one of the main antagonists of the Oracle of Seasons and the one who starts the story of the game by kidnapping Dean, the titled Oracle. He is dressed in a massive suit of golden armor and armed with a sinister flail, which gives him a deterrent factor. However, unlike Volvagia from the prehistory of the manga Ocarina of Time, Onox is not much different from first impressions.