Home Entertainment Legend of Zelda: all versions of Dump and how it changed 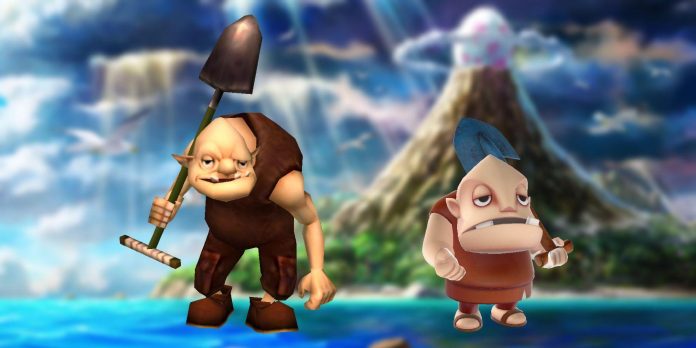 In the Legend of Zelda series, Dumpe is a recurring figure often found near Hyrule cemeteries. Despite his unnerving appearance, he often proves useful to Link in his various travels. His roles range from gravedigger to treasure hunter and hapless ghost.

Having first appeared in The Legend of Zelda: Ocarina of Time, Dumpe has remained a mainstay of the series ever since. Most recently, his appearance in the remake of Legend of Zelda: Link’s Awakening shows that he watches dungeons, not graves. Despite the presence of several versions in several games, some similarities remain unchanged.

Just like in the Legend of Zelda series there are many versions of Link, Zelda and Gannon, as well as the princesses of Zora, always in love with Link, there are also several Dumps. Although each of them has some common features, such as a connection to a local cemetery and a generally unsettling appearance, its exact role during the games varies. Graves Grave Keeper In some games, he is presented as a simple grave keeper, while in others he digs in graves in search of lost treasures or even becomes part of a cemetery that he once cared for.

Legend of Zelda: Ocarina of Time Offers a First Look at the Dump

Dump in Legend of Zelda: Ocarina of Time takes care of the cemetery of Kakariko village. During the children’s part of the game, he will offer to take a tour of the cemetery and even dig up treasures for Link to help in his search. In Link’s adult life, Dumpe unfortunately passed away, but his spirit possesses an invaluable treasure. By digging his grave and defeating his spirit in the race, Link can get one of the most useful items in Ocarina of Time: Hookshot.

In The Mask of Majora, Dumpe doesn’t let the fear of ghosts stop him

In the Term during the events of Legend of Zelda: Majora’s Mask, the Dump can be found in the Icahn Cemetery. Although his fear of ghosts complicates his job, it doesn’t stop Link from finding him under the cemetery on the last day when he hunts for the treasures of the Icahn royal family. In the process, he lost his lantern and asks Link and his fairy companion to guide him to the treasure. However, his bravery goes so far that a particularly strong spirit sends him running back to his home.

Dump in other Legend of Zelda games

In Legend of Zelda: Four Swords Adventures, Dumpe lives northwest of the cemetery in a Swamp. Having dealt with several spirits surrounding his house, this Dumpe will lament his inability to do his job with the rampaging creatures outside. Then he soon calms down. Then he will tell the Links a story about a magic mirror lost somewhere in the Forest of Light, and how the Forest of Light is now covered with darkness. It sounds like the perfect job for the magical power of light arrows. Then, during the end credits, you can see Dumpe walking around a peaceful cemetery, happily doing his job.

When Link meets Dump in Legend of Zelda: The Minish Cap, he is in charge of the cemetery in the Royal Valley. Rumor has it that he communicates with the spirits buried in the cemetery, and can connect the Stones of Luck with them. After Link informs him of his summoning by the ghost of the king, Dumpe reflects that he too has seen such a spirit before letting Link into the cemetery. Once Link’s graveyard chores are completed, he can combine Fortune Stones with Dumpes to unlock various locations and rewards throughout Hyrule.

Although Dumpe does not appear in every Legend of Zelda game, like Zelda does not appear in Majora’s Mask, his numerous versions have a lot in common — and each of them has a unique twist in his character that makes meeting him in every game a pleasure. His diverse personality helps to compensate for his static role as a grave keeper. Regardless of whether Link helps rob the royal tomb or goes to the cemetery, Dumpe remains a familiar, if disturbing, mainstay in the series.

The “Suicide Squad” actor poses with a life-size wooden statue of...