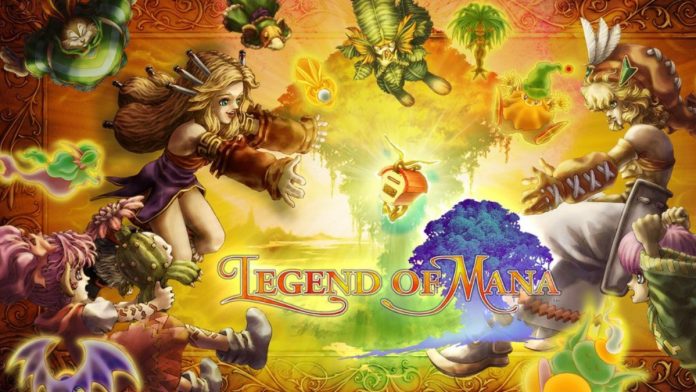 Square’s classic RPG heads to the hybrid console twenty years after its original release. It will feature remastered music and visual novelties.

Square Enix announced a remastering of Legend of Mana for the Nintendo Switch during this February’s Nintendo Direct. Scheduled for June 24, it is a visual remake with updated graphics and re-recorded musical arrangements for the occasion. The original PlayStation 1 title is the fourth installment in the SNES Mana saga (a continuation of Seiken Densetsu 3 / Trials of Mana, which had its own remake last year).

On this occasion, Legend of Mana is adapted to the Nintendo console in aspect ratio, color, interface, graphics and other aspects. We can choose whether to play with the original music or the remastered one. In addition, there will also be a new minigame called Ring Ring Land.

Nintendo profiles its catalog for the first half of 2021

During this Nintendo Direct, the Kyoto company has offered news about Super Smash Bros. Ultimate and other titles that will come to the console throughout this first half of 2021; the period that runs until June 30, 2021. This is the first canonical Nintendo Direct since September 2019, and that has resulted in an event lasting no less than 50 minutes.

Nintendo Switch continues to sell at full speed and stands until last December 31 above the 79.87 million units shipped; at a faster growth rate than the Wii at this point. However, after the premiere of Super Mario 3D World + Bowser’s Fury, the next exclusives confirmed for the Switch catalog are Bravely Default II this February 26; Monster Hunter Rise on March 26; and New Pokémon Snap on April 30, among others.

It should be said that next week, between February 22 and 28, we will have news about the Pokémon saga on the occasion of its twenty-fifth anniversary, which takes place on February 27.

You can see all the announcements presented during this February 2021 Nintendo Direct here.

PlayStation 5 Concept That Makes You Say ‘If It Was’ (Video)