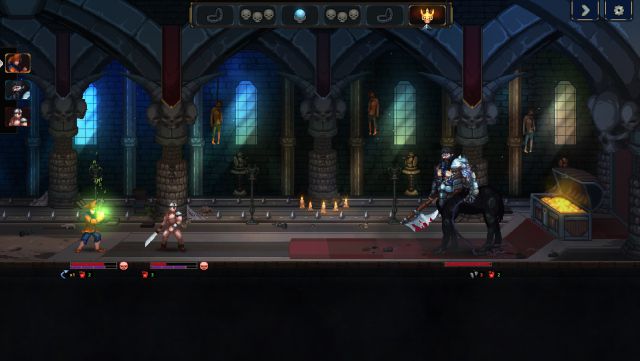 Legend of Keepers: This roguelile from the French studio Goblinz Studio succeeds in offering a formula based on management and turn-based combat. Tired of tales of heroes? Tired of the good guys always winning? Then you may be interested in taking the curriculum in Mazmorras S.A., the security company that is in charge of dispatching the paladins and preventing their clean hands from touching the treasure guarded at the end of the road. Legend of Keepers: Career of a Dungeon Manager is the latest production from Goblinz Studio, a French developer and publisher specializing in roguelike video games.

After signing the contract as the guardian of the dungeon, it’s time to get down to business and prepare the employees for the tough mission that awaits them. The heroes, always sticking their noses in all places, do not stop organizing raids. They avidly seek out the monsters to send them to the other neighborhood, although some of them already look very skeletal. And no, do not think that the company is very supportive, as soon as you sign in, they tell you that there is no time for training, so you have to put up and learn as you go.

To embody the bad guy

In Legend of Keepers, therefore, we manage the group of villains. The goal is to prevent the heroes from getting the final treasure. The plot premise is simple and exudes humor on all four sides, although beyond the gags, the story itself interests us rather little. We also don’t think it’s the cornerstone of this project, which focuses on its management mechanics and turn-based battle system. It is not surprising that in roguelites the narrative is developed through static images, which contrast with the beautiful 2D sprites of the fighting. Anyway, the texts with a narrator fit well with the role-playing (and parodic) spirit that it intends to convey.

After a period in early access, the commercial version can now be purchased on PC and Nintendo Switch. The game puts us in the shoes of one of the final bosses of the dungeon, who as a great boss is the one who waits at the end of the road, in case all of the above has failed. The Goblinz Studio title is structured around a series of chapters with different scenarios and challenges, although the playable core remains stable during all games. Throughout them we have the opportunity to manage three bosses: the slave owner, the ecologist and the engineer, each of them with his own specific powers.