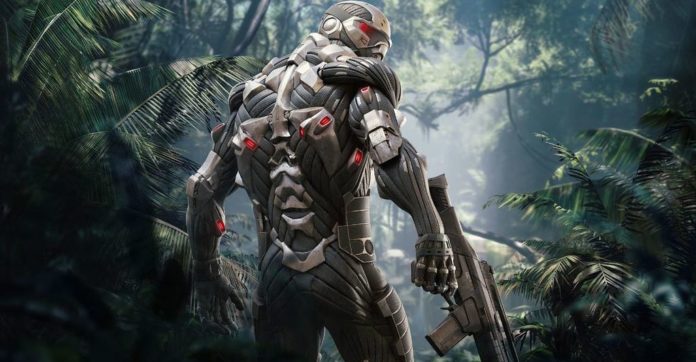 There has been an exciting development on the Crytek front, which has been the subject of new news for our news for a while. A discovery by curious gamers reveals that the “Remaster” version of Crysis is ready.

The video game industry met a game called Crysis in 2007, 13 years ago. Crysis, a first-person shooter game, has fascinated gamers with the science fiction elements it contains. Crysis also had a special place for gamers. Because the founders of Crytek, the developer of the game, and this game also had voiceovers.

When we came to 2013, Crytek released the third game of the Crysis legend. Crysis 3, which made at least as much sound as the first game, was liked and played by millions of gamers. However, the company fell silent after this game. In a news article we shared yesterday, we mentioned that Crytek is working on a new game. Now, an unexpected development has been encountered on Crytek’s website.

Curious gamers surfing on Crytek’s website encountered an interesting logo under the “Cookie Policy” tab. This logo was owned by “Crysis Remastered”. Moreover, the gamers who clicked on this logo were directed to a new page, and there were important information and some screenshots about the new Crysis game. So now we can say that Crysis legend is coming back with a remaster game.

The gamers who saw a statement on the website in question said, “The groundbreaking, highly acclaimed first-person shooter of Crytek is back! Crysis Remastered PC is coming to PlayStation 4, Xbox One and Nintendo Switch!” The phrase was included. So Crytek was officially announcing that the new Crysis game was developed to be played on all game platforms.

A screenshot from Crysis’s remaster version is also leaked
This information reveals that Crytek is about to come up with a new game. Of course, this game will be a redesigned version of the original Crysis story, both in terms of performance and graphics. But even this is enough to increase the excitement of gamers. However, despite everything that has happened, the Remastered version of Crysis has not been officially announced yet. So we will wait for this game for a while.

Crytek currently seems to have removed the website it has prepared for the Remaster version of Crysis. Because when you access the official website of Crysis as of now, nothing appears and you cannot access the page called “Cookie Policy”. However, this is not very important because it seems that Crytek has completed its work on renewed Crysis and is currently waiting for the game’s release date.