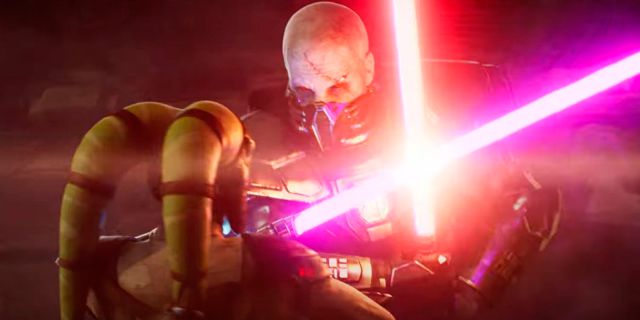 Legacy of the Sith: The new expansion of the celebrated Electronic Arts and Bioware MMORPG for PC receives an ambitious CGI trailer lasting more than six minutes. Legacy of the Sith, the new and long-awaited expansion of the celebrated MMORPG Star Wars: The Old Republic from Electronic Arts and Bioware, celebrates its availability with an incredible cinematic that you can see heading this news and that leaves us with more than six minutes of pure CGI footage of Star Wars. This has been shared by those responsible, also celebrating the tenth anniversary of the launch of the original title. Do not miss this new trailer focused on the story that seems like a celebration of the Star Wars universe.

Thus, and through an entire animated short film entitled Disorder, we can enjoy a small but impressive introduction to the new adventure proposed by the Legacy of the Sith expansion, all by Bioware together with LucasFILm Games in collaboration with Industrial Light & Magic (ILM), the digital effects company founded by George Lucas. And the result could not be more overwhelming, both in the audiovisual and in the plot that they narrate to us.

In addition, and throughout this year 2022, those responsible assure that they will continue working to bring new content to Star Wars: The Old Republic – Legacy of the Sith through new updates and activities, including the long-awaited Combat Styles functionality, a new tool that will allow players to further customize their characters, both at the level of weapons and skills, thus allowing each one to find their definitive avatar in Star Wars: The Old Republic.

Star Wars: The Old Republic is available as a free-to-play game exclusively for PC, although the subscription gives access to all content without limitations. Legacy of the Sith, the new expansion of such a popular MMORPG, is now available for regular players of the title.

PlatinumGames (Bayonetta): “The Responsibility Of Preserving Video Games Rests With The...