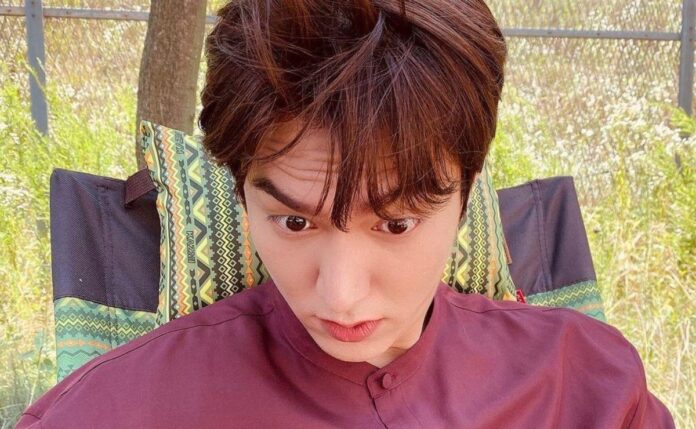 Lee Min Ho is one of the most popular Korean actors in dramas, his personality and masculine bearing have made his fans fall in love, who have documented some habits he possesses.

In life, our way of developing also certain characteristics that last over the years and identify us as individuals, the star of “Boys Over Flowers” ​​is no exception, because in addition, some of his peculiarities extend to his characters in entertainment Korean.

Lee Min Ho is known as one of the Hallyu stars of South Korea thanks to the impact he had with his drama and character of Gun Jun Pyo, a story that launched him to world fame, since then he has remained in the eye of the fans, either because of their premieres, love relationships and especially because of their cheerful and tender personality.

The actor has a daily routine that starts sometimes at 4 in the morning, he also opened his YouTube channel to test his side as a vlogger and shows his love for Choco, his dog. In social networks he shares some episodes of his life and over the years, his fans have realized the customs that he has in his personality.

We leave you a list with 5 adorable habits that Lee Min Ho has and that have been captured by the cameras.

If you want to discover more about the Korean actor, we leave you the complete story of his relationship with Suzy, a love that lasted 3 years.

Lee Min Ho always puts on this expression when he’s in front of cameras, during breaks, in interviews, or behind the scenes, whether he’s licking his lips or puffing his mouth into a pout.

When Lee Min Ho sees a camera recording him, he always throws a punch in the air as a greeting, he also tends to give a high-five frequently, either in acting or with his staff.

In his dramas, this phrase is very typical of Koreans to denote annoyance or exasperation, but Min Ho always performs it in a funny way, as his face makes an exaggerated expression with his mouth and eyes.

Hands on the back

Lee Min Ho has a characteristic posture in his characters, he always poses with his hands behind his back, sporting a manly and royal bearing, from his first characters to the most recent drama.

Lee Min Ho has a very cute eating habit, he always wraps his rice, whether he uses a lettuce leaf or other food, he also always carries a bottle of water, this habit keeps him healthy and handsome.

From Alicia Keys To Lil Nas X : The Account...