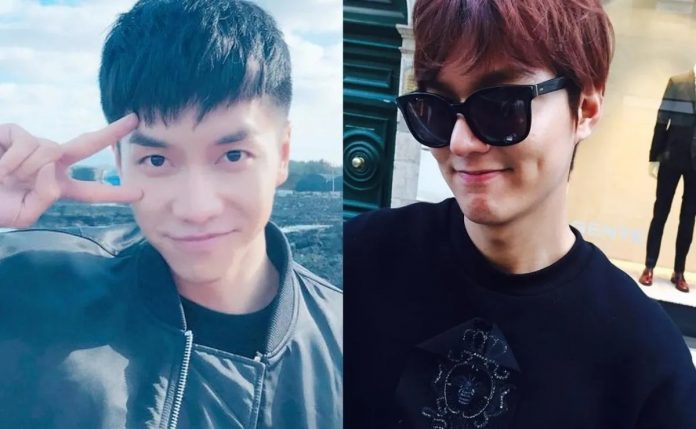 Lee Min Ho and Lee Seung Gi met in a video call that announced the first signs for the next work they will be undertaking as a team.

K-drama fans couldn’t be happier with the update these actors gave their respective fans. Both shared the same video on their Instagram accounts, where we see them having a casual chat as good friends.

The screen travels from actor to actor, both of them wearing hoodies with hats on their heads, and they start talking about some of their latest releases, such as Lee Min Ho’s YouTube channel and the music released by Lee Seung Gi.

The video clip indicates in its description that on January 6 we could see what these two Korean actors prepared for their fans, which is believed to be a collaborative video between the two for Lee Min Ho’s channel, since during the video call Lee Seung Gi suggests that they prepare such content.

The excitement of the fans increased from the moment this short clip was revealed, so the anticipation for his next project has risen rapidly.

We recently told you what were some of the insurmountable scenes that Lee Min
Ho and Kim Go Eun filmed for The King: Eternal Monarch.

Amber Heard will continue in “Aquaman 2”